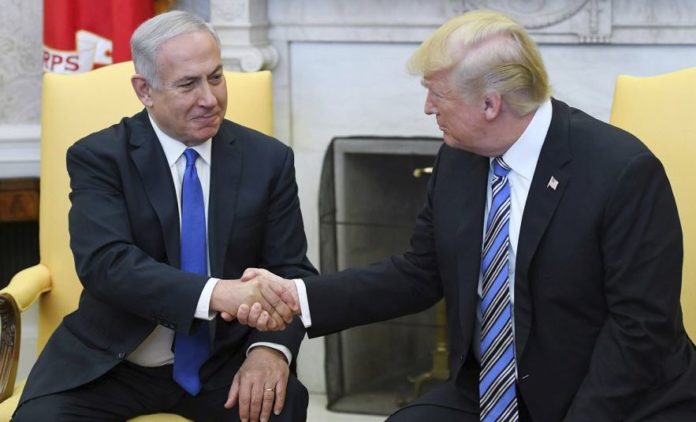 Israeli intelligence helped the US to pinpoint the location of Quds Force leader Qassem Soleimani before he was eliminated by a US airstrike in Iraq last Friday, NBC News reported on Saturday night.

The report added that Prime Minister Binyamin Netanyahu, who spoke to US Secretary of State Mike Pompeo before the US drone attack, was probably the only world leader who knew about the strike before it happened.

Israel intelligence confirmed the exact departure time of Soleimani’s flight from Damascus to Baghdad. Soleimani traveled on a commercial plane rather than a private plane due to security concerns but was not registered on the passenger list. The plane landed in Baghdad and a US drone killed Soleimani as he left the airport along with Abu Mahdi Muhandis, deputy head of Iraq’s Popular Mobilization Forces (PMF), who met him at the airport.

The report on Israeli intelligence follows a Reuters report on Thursday saying that an Iraqi investigation into the US strike on Soleimani revealed that informants inside the Damascus and Baghdad airports collaborated with the US military and informed them about Soleimani’s precise location.

Falih al-Fayadh, the Iraqi National Security Adviser and head of Iraq’s Popular Mobilization Forces (PMF) is leading the investigation. An Iraqi security official told Reuters that the investigation revealed “strong indications that a network of spies inside Baghdad Airport was involved in leaking sensitive security details” to the United States about Soleimani’s location.

“Initial findings of the Baghdad investigation team suggest that the first tip on Soleimani came from Damascus airport,” the official said. “The job of the Baghdad airport cell was to confirm the arrival of the target and details of his convoy.”

Among the suspects are two security staffers at the Baghdad airport and two employees of Cham Wings Airlines in Damascus – “a spy at the Damascus airport and another one working onboard the airplane,” the source told Reuters.

The report said that the investigators believe that the suspects, who have not been arrested, are only part of a much wider network of informants who are conveying information to the US military.