According to officials involved in matters pertaining to the Jewish community in Iran, two members of the Jewish community of Tehran died of the coronavirus last week. Both people were considered elderly. The levaya of one of the two people was already held in a small quarry in the city.

Over the course of last week, the Jewish community in Tehran had reported that some members had become ill with the virus. They asked for Jews worldwide to recite prayers and Tehillim on behalf of the ill in the hope that it would aid in their recovery.

Due to the rampant spread of the virus in Iran, the Tehran High Court, Iran’s highest court, declared a public ban on weddings and community or religious ceremonies where large crowds gather.

Additionally, due to the pikuach nefesh factors involved, the Jewish community in the city decided to cancel all minyanim and daven at home and stream all shiurim via live broadcast.

The official leading Iran’s response to the new coronavirus acknowledged Sunday that the pandemic could overwhelm health facilities in his country, which is battling the worst outbreak in the Middle East while under heavy U.S. sanctions. 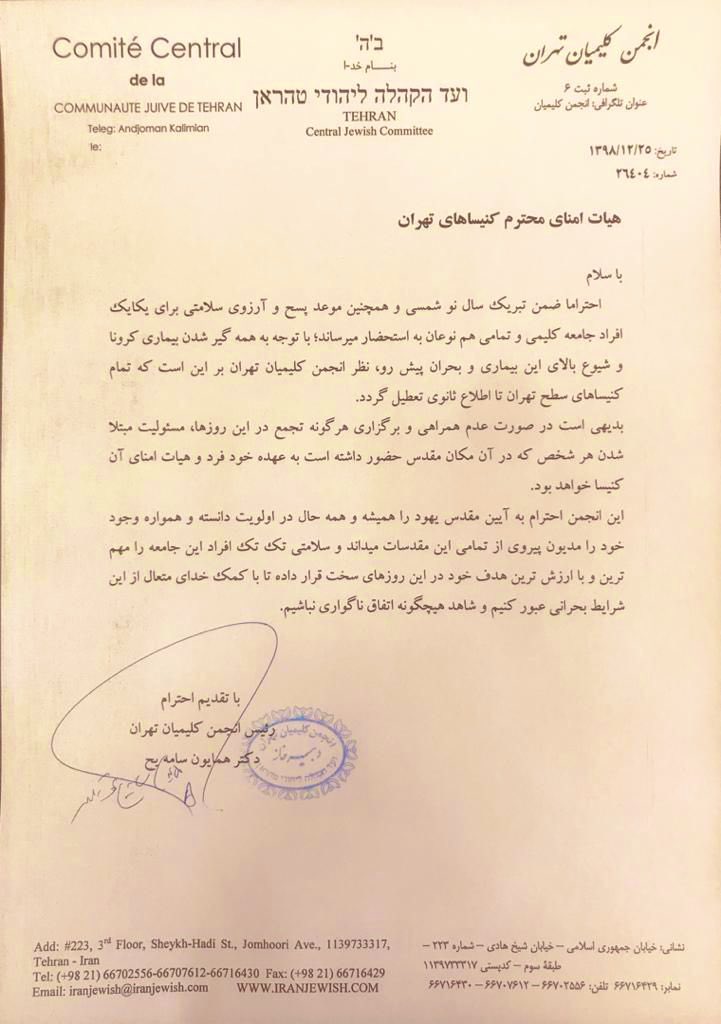 Iran’s Health Ministry reported another 113 deaths, bringing the country’s total death toll to 724, with nearly 14,000 confirmed cases. It was the biggest single-day jump in fatalities since the virus was first reported in the country.

Iran’s outbreak has caused growing alarm, with concerns about the government’s transparency in reporting the extent of the epidemic and its ability to contain it.

“If the trend continues, there will not be enough capacity,” Ali Reza Zali, who is leading the campaign against the outbreak, was quoted as saying earlier by the state-run IRNA news agency.