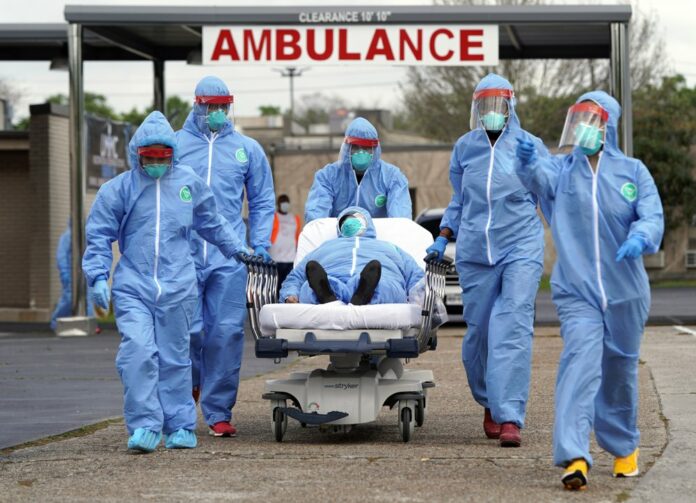 California Gov. Gavin Newsom (D) said in a letter to the Trump administration that 56 percent of the state’s population – 25.5 million people – is projected to be infected with the coronavirus over an eight-week period.

In the letter, Newsom asked President Trump to deploy the USNS Mercy hospital ship to the port of Los Angeles until September of this year “to help decompress our current healthcare delivery system in the Los Angeles region in response to the COVID-19 outbreak.”

Jesse Melgar, a spokesman for the governor, specified that the estimate was without mitigating factors.

As of Thursday evening, California reported having more than 950 confirmed cases of the virus and 18 deaths. However, public health officials across the country continue to report a lack of testing kits, making the true number of cases difficult to quantify.