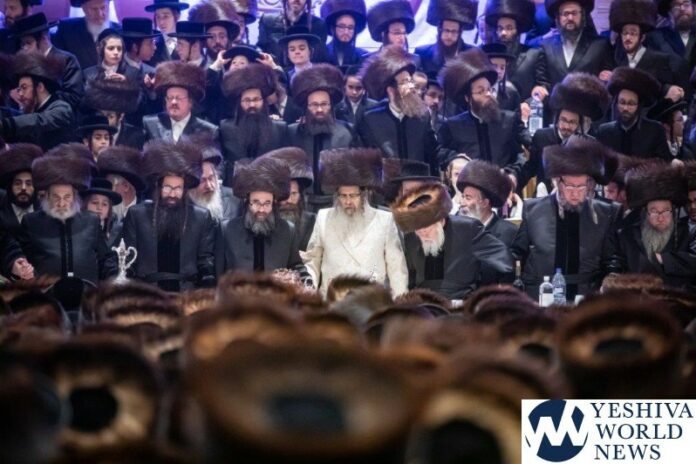 Health officials in New York delivered a ban days before a scheduled wedding after receiving reports that “upwards of 10,000 individuals” were scheduled to attend the ceremony in Brooklyn, Gov. Andrew Cuomo said.

At his briefing Saturday, the governor explained that state officials received word of a the wedding after the NYC Sheriff’s Office issued a warning against attending an event in clear violation of gathering limits.

Although the location of the wedding was projected to be held outside of the red, orange and yellow COVID cluster zones under careful watch by city and state officials, the projected size of the event triggered action from state officials in accordance with current gathering limits. 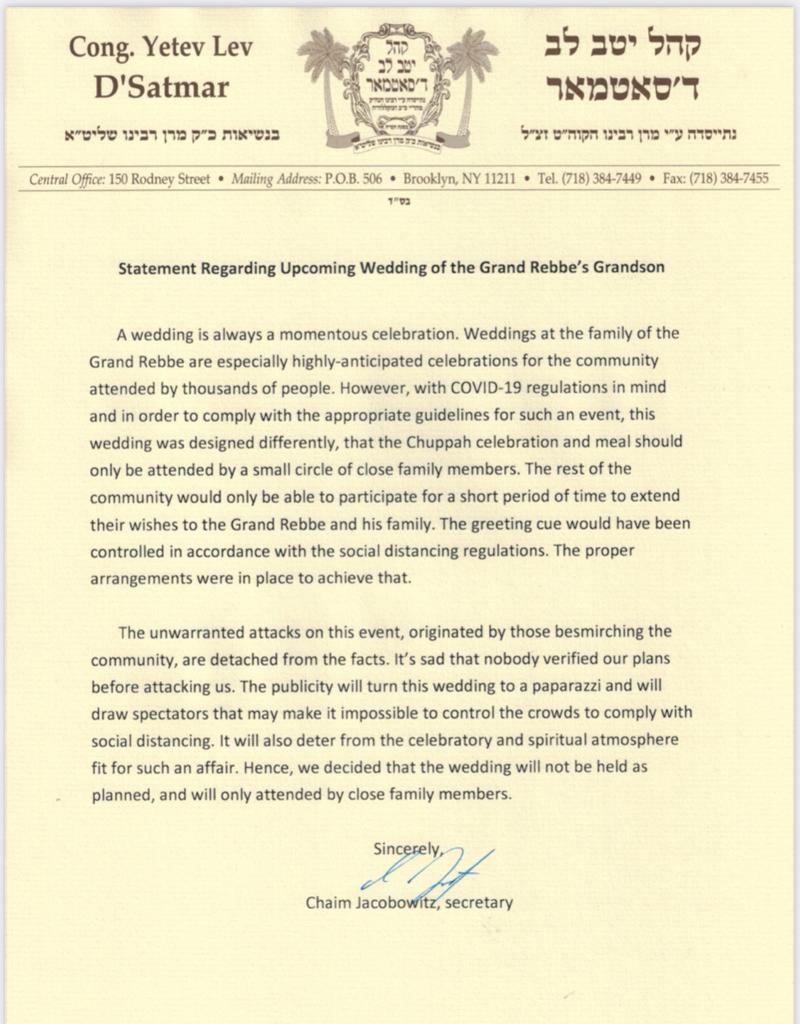 “We received a suggestion that that was happening. We did an investigation and found that it was likely true,” Cuomo said. “Look, you can get married, you just can’t have 1,000 people at your wedding.”

The state had not heard back from the parties served the shutdown order but they have the opportunity to request a hearing with Zucker, Beth Garvey, special counsel to the governor, said.

YWN notes that the rabid self-hating Jew Naftali Moster of the YAFFED Organization who has been working for years b’emisiras nefesh to destroy our Mosdos Hatorah, has the past few days been alerting the media and the authorities about this wedding.

Here's the exact schedule of this upcoming giant wedding and potential #COVID19 #SuperSpreader in Williamsburg on Monday at 152 Rodney Street.
(Parts of the wedding will be at other locations nearby.)@BrianLehrer @KaylaMamelak @fox5ny @LisaRoznerTV @chrislhayes @ReuvenBlau https://t.co/eiF3YjkqCl pic.twitter.com/F4DvEMI4gI

Tensions have escalated in the past week in Brooklyn between residents living in neighborhood clusters and city and state officials.

Lawsuits filed against the state accuse Gov. Cuomo of “anti-Semitic discrimination” after the recent crackdown on religious gatherings within cluster zones. The lawsuit filed in federal court this week accused the governor of making negative, false, and discriminatory statements about the Jewish Orthodox community as he imposed new coronavirus measures to counter the state’s rising infection rate in so-called “red zone” areas.