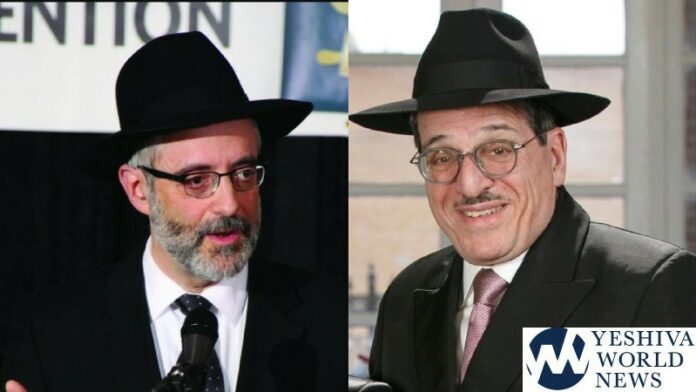 As YWN reported last night, in a landmark vindication of religious rights, the Supreme Court of the United States issued an injunction, just minutes before midnight late Wednesday, against New York State’s arbitrary limit of 10 or 25 individuals in houses of worship with capacity for hundreds in Red and Orange zones. In so doing, the High Court sided with Agudath Israel of America and the Roman Catholic Diocese of Brooklyn in their legal challenge against such limitations.

In its 5-4 ruling, the Supreme Court reasoned that imposing such limitations on houses of worship and not “to ‘essential’ businesses such as acupuncture facilities… strikes at the very heart of the First Amendment’s guarantee of religious liberty.”

The ruling came down just hours before the annual Agudah Convention was set to kick off. The convention this year is being streamed online due to the COVID-19 pandemic and will be streamed live on the YWN homepage all weekend.

The Court’s ruling is important because it will allow individuals of all faiths in New York to immediately pray utilizing the same occupancy restrictions and safety procedures that govern similar secular activities.

But this ruling is truly historic because the nation’s highest court issued an “extraordinary remedy,” enacting an emergency preliminary injunction to nullify an executive order – during a pandemic – to reaffirm the bedrock American principle that religious freedom shall not be a second class right in the United States. This ruling is certain to have nationwide legal impact on the status of religious freedom for years to come.

Justice Gorsuch’s concurring opinion was particularly impassioned. The Justice lamented, “Even if the Constitution has taken a holiday, during this pandemic, it cannot become a sabbatical,” concluding, “It is time—past time—to make plain that, while the pandemic poses many grave challenges, there is no world in which the Constitution tolerates color-coded executive edicts that reopen liquor stores and bike shops but shutter churches, synagogues, and mosques.”

Even the four dissenting Justices based much of their argument not on disagreement with the legal principles set forth by the majority, but on the timing of weighing in at this point.

“This is an historic victory,” said Rabbi Chaim Dovid Zwiebel, Executive Vice President of Agudath Israel, “This landmark decision will ensure that religious practices and religious institutions will be protected from government edicts that do not treat religion with the respect demanded by the Constitution.”

“We are grateful to the High Court for this foundational ruling,” said Avrohom Weinstock, Esq., Agudah’s Chief of Staff. “We also would like to thank the indefatigable Avi Schick and his legal team at Troutman Pepper, and the attorneys at the Becket Fund, for their powerful legal briefs.

“Most importantly, we are deeply grateful to G-d, the true Judge, and to our rabbinic leaders whose repeated encouragement and insistence on the importance of this matter spurred us to persist in this battle towards the Supreme Court.”

Concluded Shlomo Werdiger, chairman of Agudath Israel’s Board of Trustees, “It was not an easy decision for Agudath Israel to go to court over this matter. That is not our preferred means of advocacy. However, the principle at stake was of such monumental importance that we felt impelled to fight to uphold our religious freedom.

“The Agudah has prioritized health since the onset of this pandemic, and we continue to encourage sound health practices. With the legal parameters clarified, we look forward to continuing to work hand in hand with our elected officials to ensure the well-being of our community with a single standard of safety for religious and secular activities.”