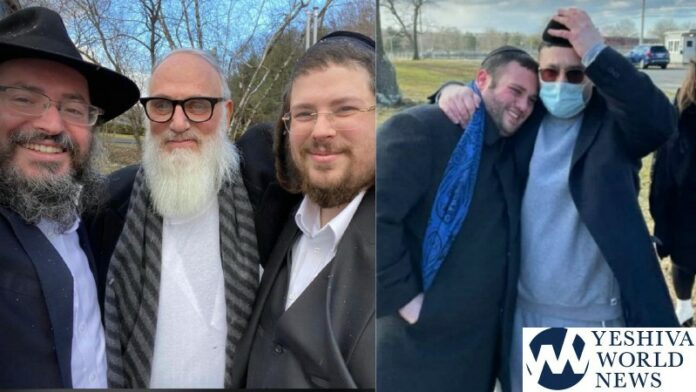 Following a 1:00AM pardon by former President Donald Trump, Eli Weinstein of Lakewood and Shalom Weiss were both been freed from prison on Wednesday afternoon.

Moshe Margaretten of the Tzedek Association was extremely instrumental in securing both of their releases from prison.

Margaretten was at the prison when Weiss was released, and spoke via video-chat to Weinstein when he was released. 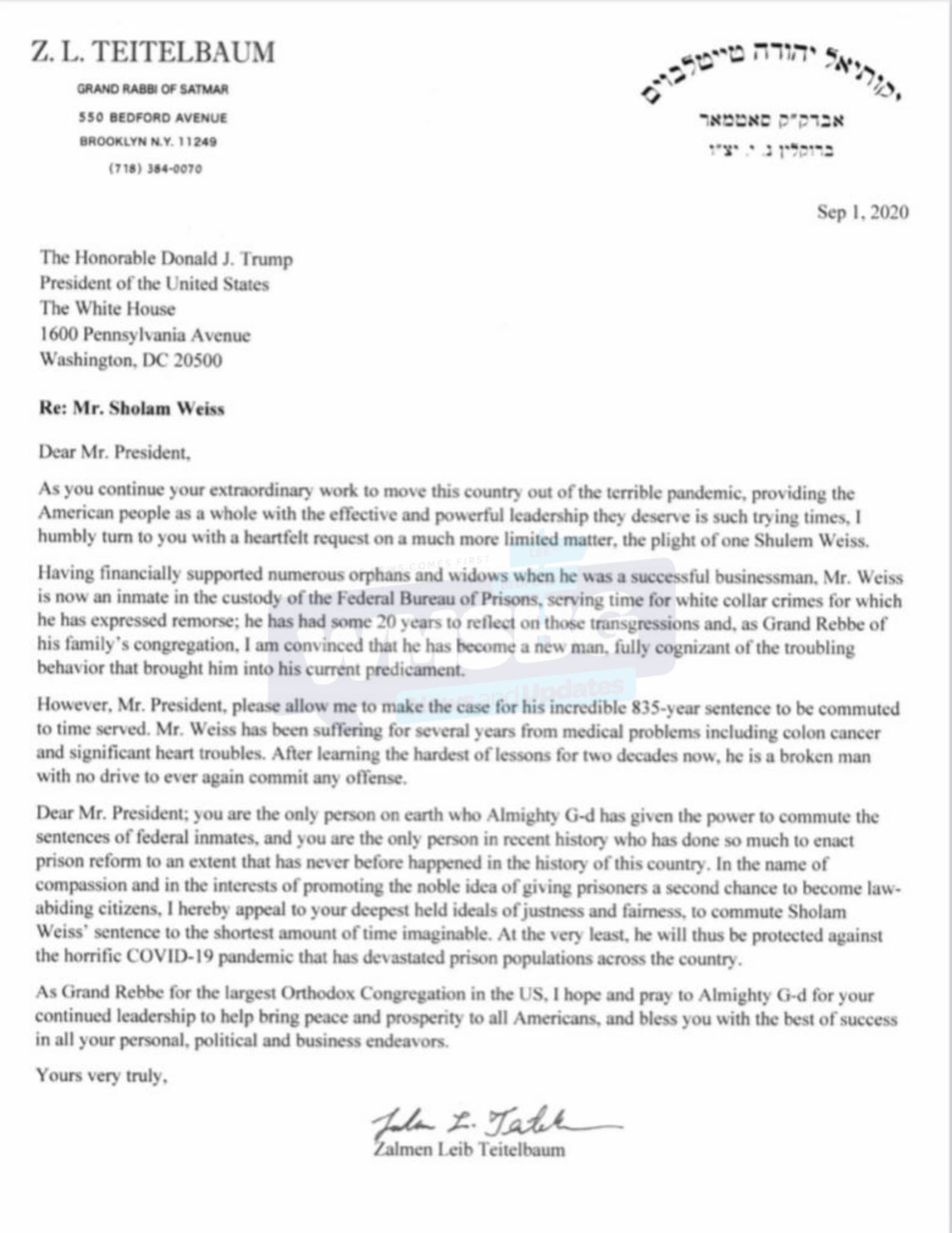 Attorneys including Professor Alan Dershowitz, Jay Sekulow and Shon Hopwood have written letters of support and called for his release.

Geoldim had written letters for Eli Weinstein, including Hagaon HaRav Chaim Kanievsky, the Lakewood Roshei Yeshiva, and the Boyaner Rebbe.

His family was there to greet him as we walked out of prison, and was seen on video-chat with Moshe Margaretten of the Tzedek Association. 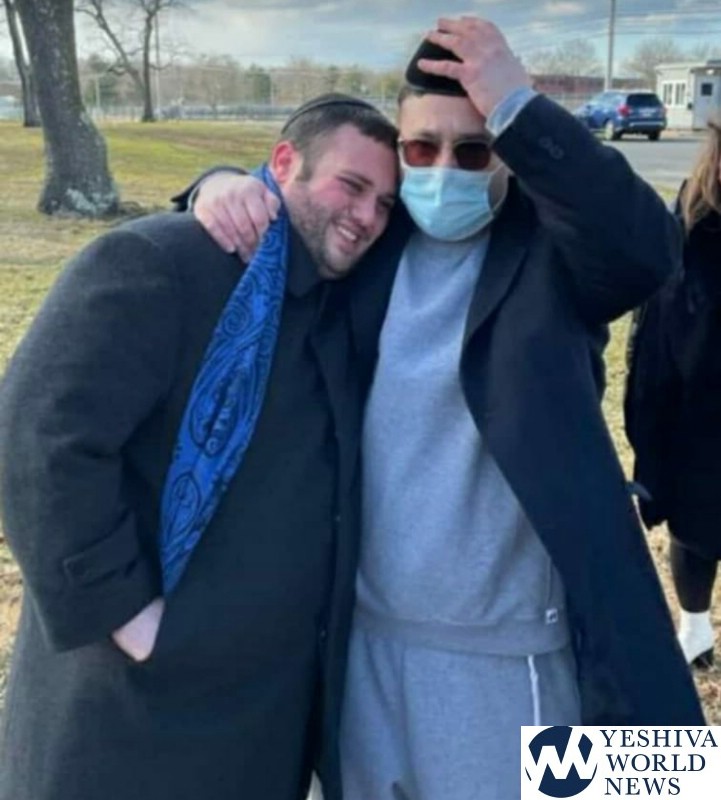 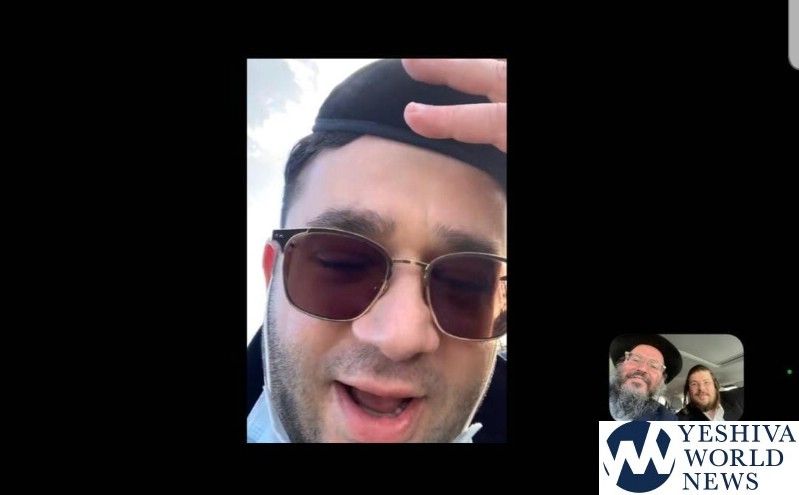 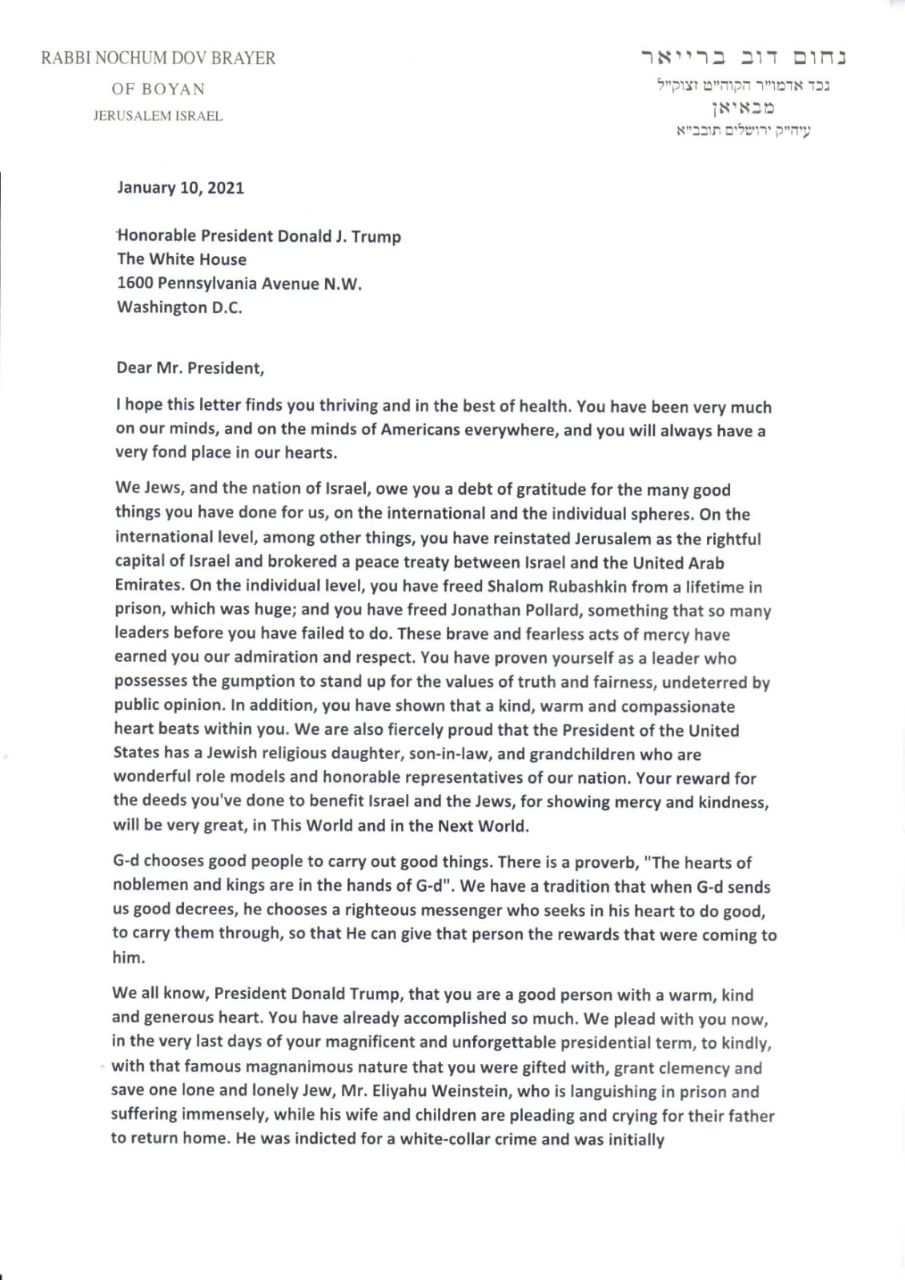 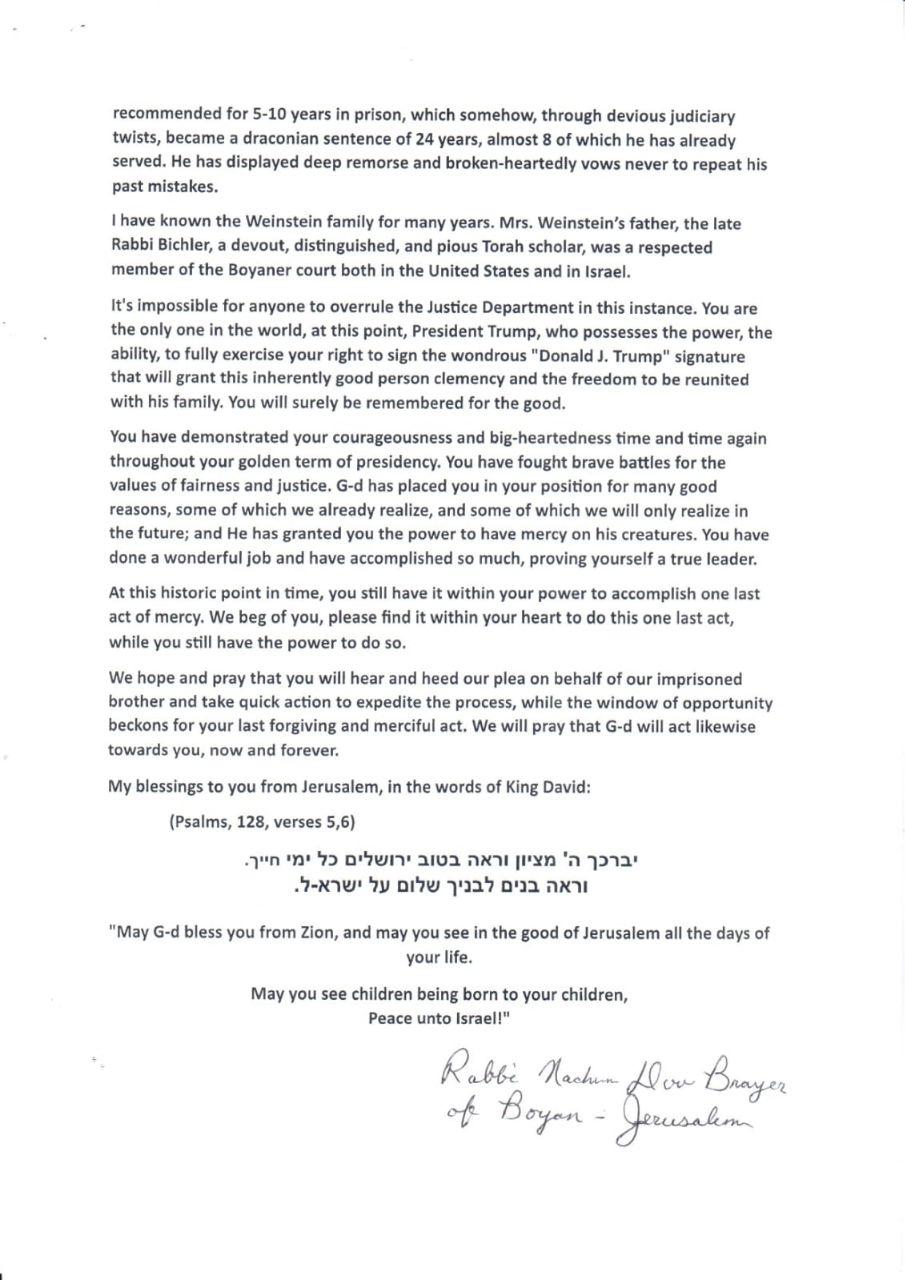