A statement from Trump’s office said the “Office of the Former President” will be responsible for his “correspondence, public statements, appearances, and official activities.

The Office will also “advance the interests of the United States and … carry on the agenda of the Trump Administration through advocacy, organizing, and public activism.”

Speculation about Trump’s post-presidency has ranged from him possibly starting his media company to running for a second term in 2024.

Trump’s 2020 campaign senior adviser Jason Miller on Sunday ruled out the possibility of Trump running in future elections on a third-party ticket, saying that his immediate focus is to help Republicans win back the House and Senate in the 2022 midterms. 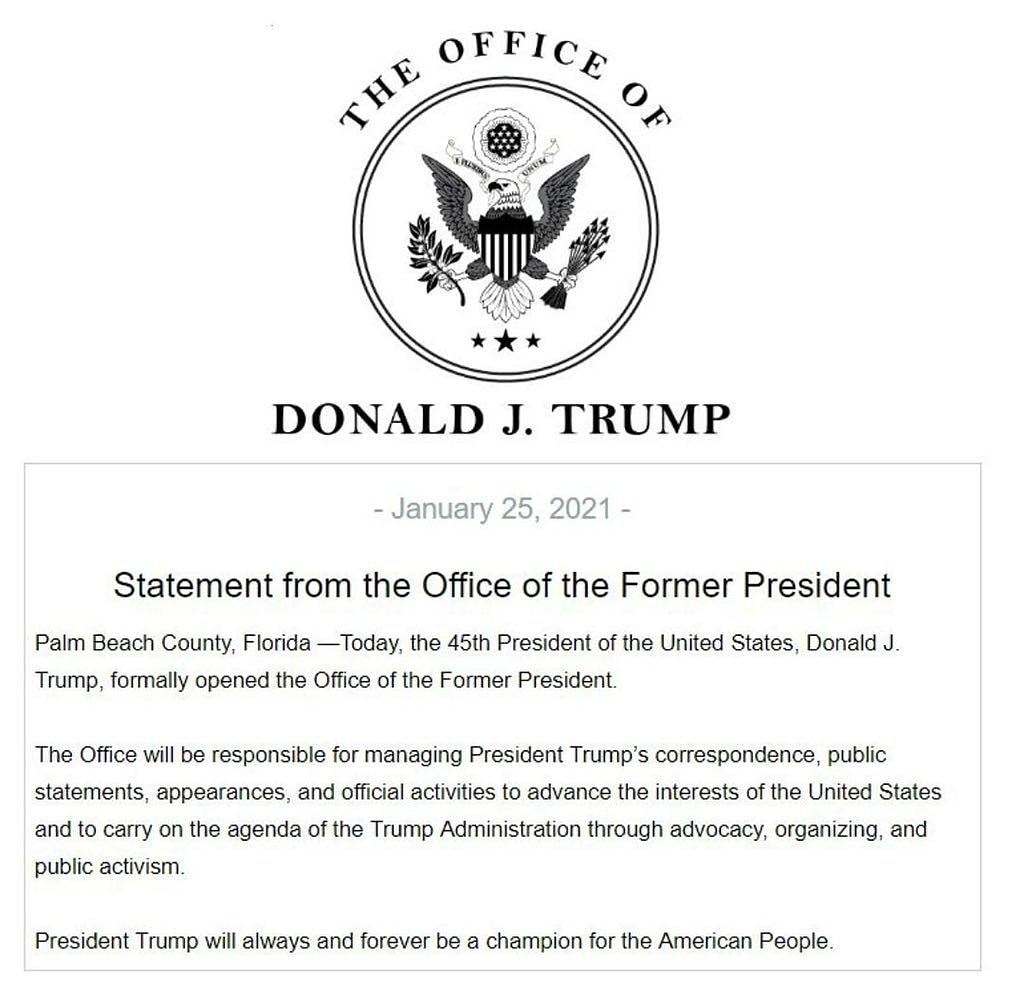