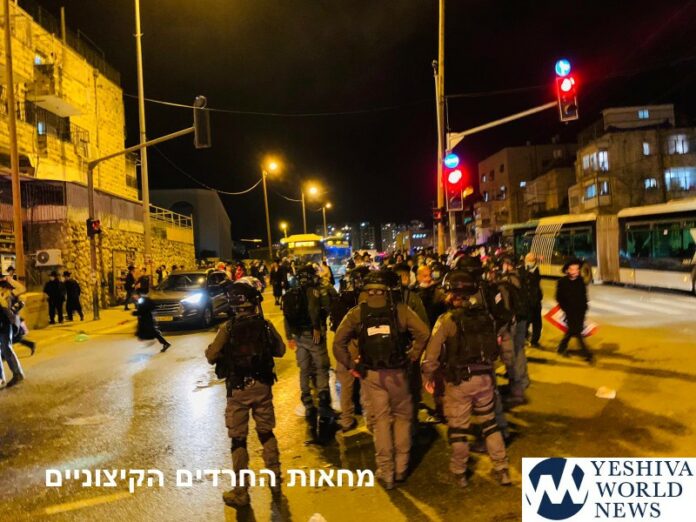 Some 600 Charedim blocked the intersection of Bar Ilan and Yirmiyahu Streets in Jerusalem on Tuesday evening in protest of the arrests of Chareidim who were in violation of the Coronavirus regulations. The Chareidi protesters, mainly members of the Eidah Chareidis were expressing their outrage over what they consider to be religious persecution.

The protesters lit dumpsters on fire and slid them onto the roadway blocking traffic and access to the area. They fought with police officers who attempted to clear them from the roadway and allow the traffic to flow through the intersection. The Police Special Patrol Unit and mounted unit attempted to control the throng of angry protesters and used water cannons to disperse the crowd.

Deputy Commissioner and Lev Habira Precinct Chief Shimi Marciano was present at the protest that had gone out of control.

As a part of the protests, numerous displays were set up along the intersection depicting various scenes. One showed a baby carriage and held a sign that read: “The father of this baby did not get to participate in his son’s Bris, because he was tossed into prison for the sin of attending shul.”

Another display read “Our dances turned to mourning as the Police troopers arrived to destroy our weddings, fined and hit us, and even sprayed us with skunk water.” 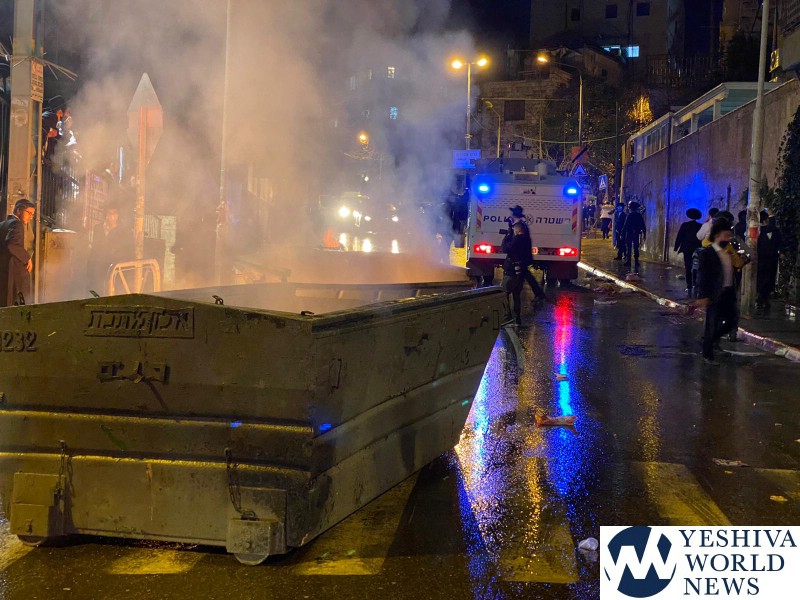 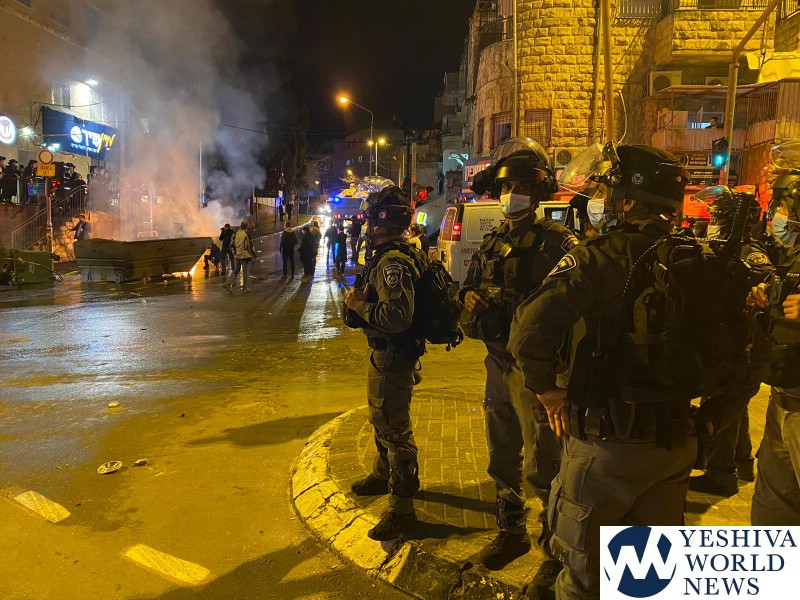 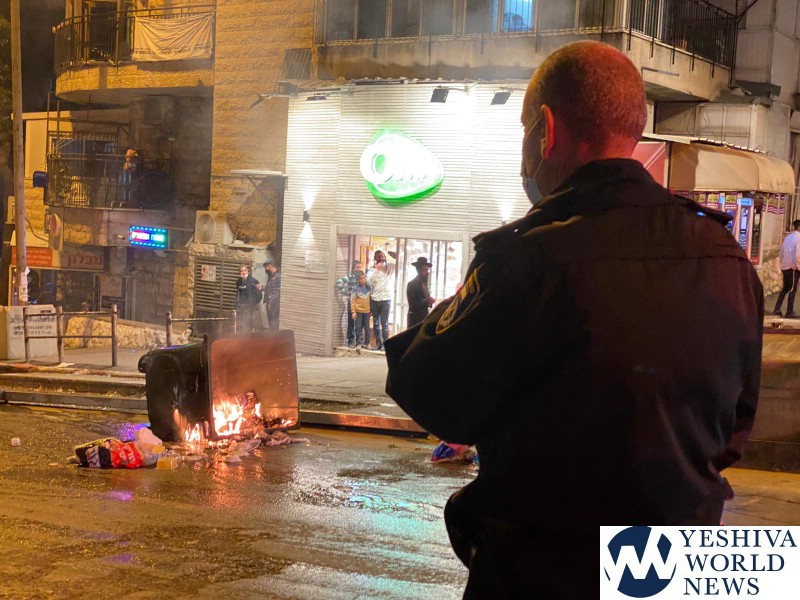 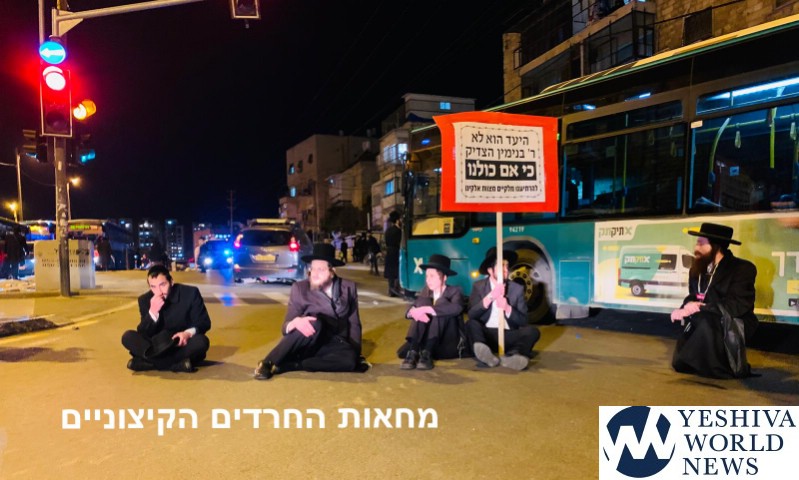 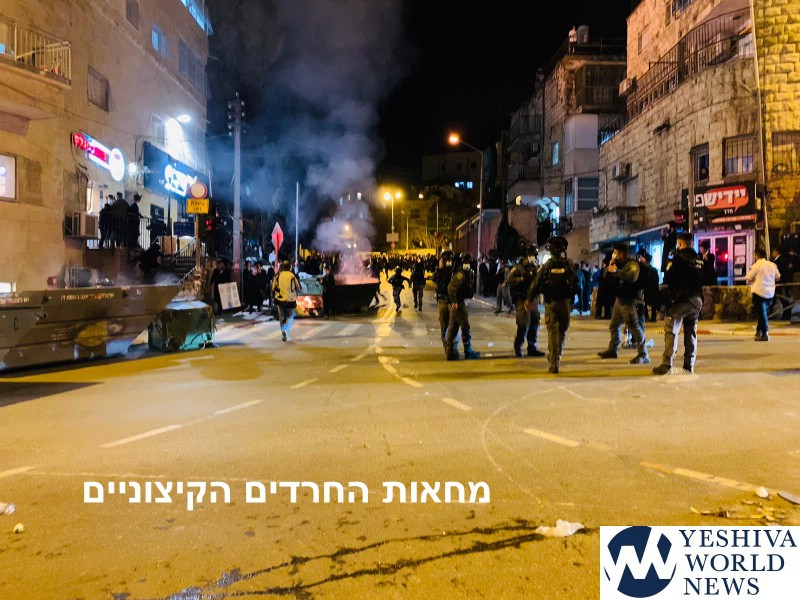 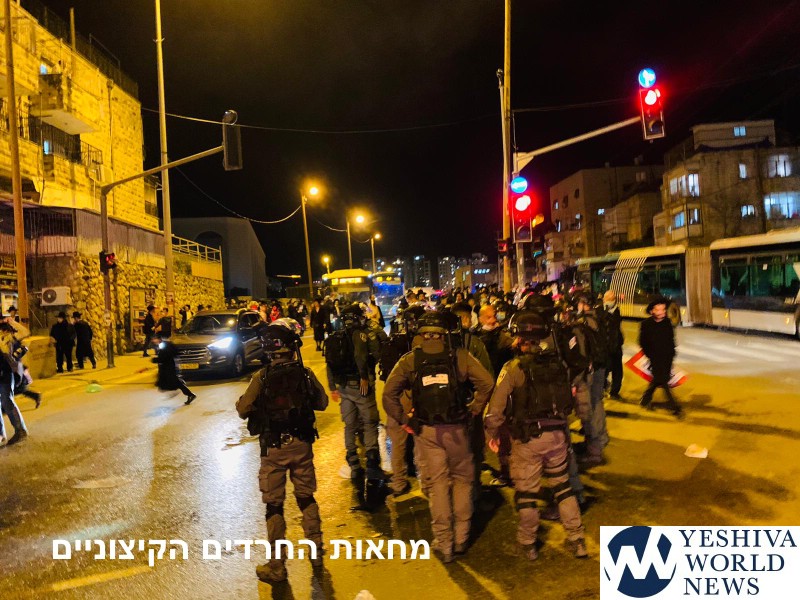 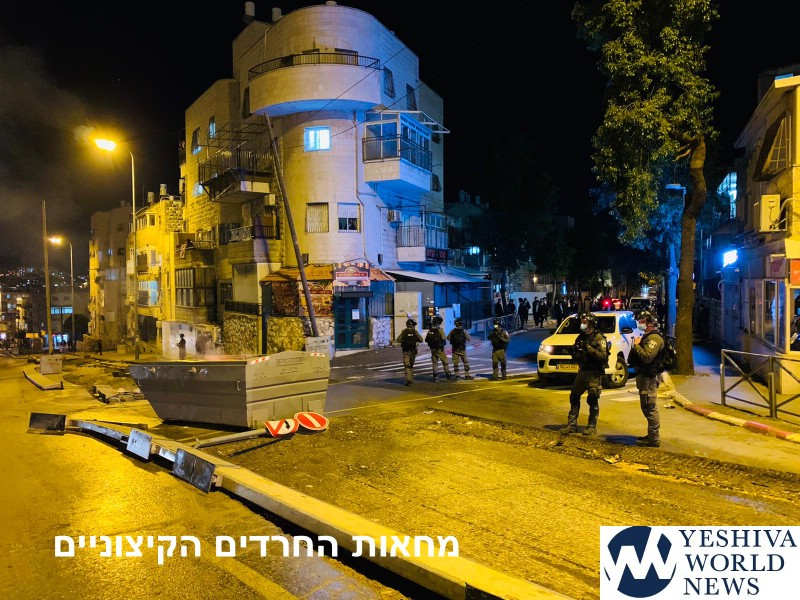 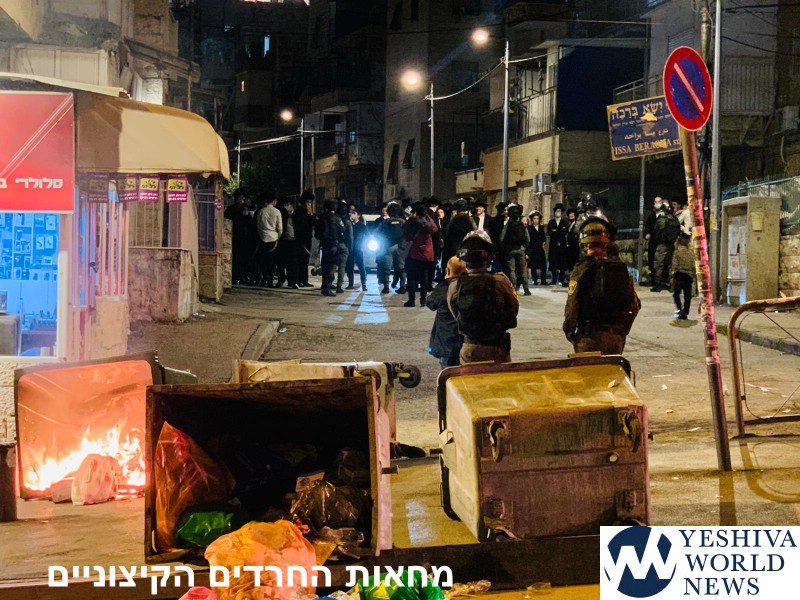 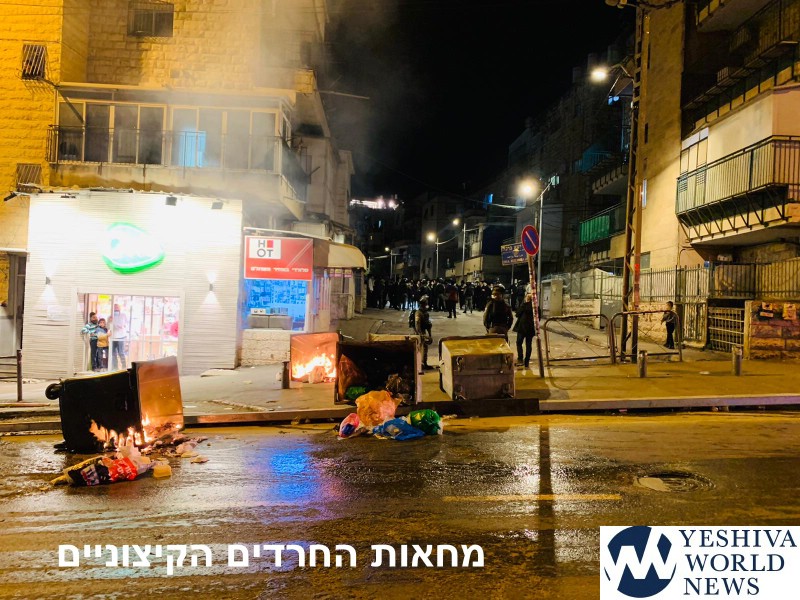 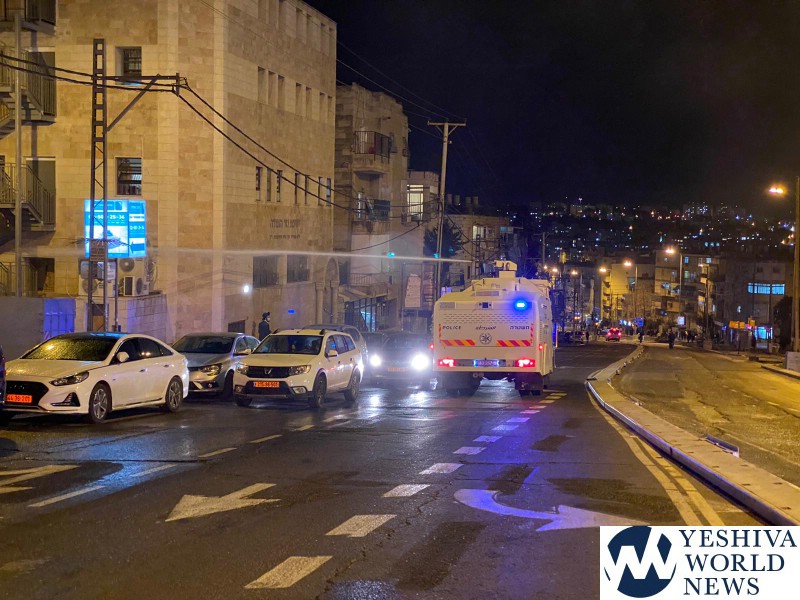