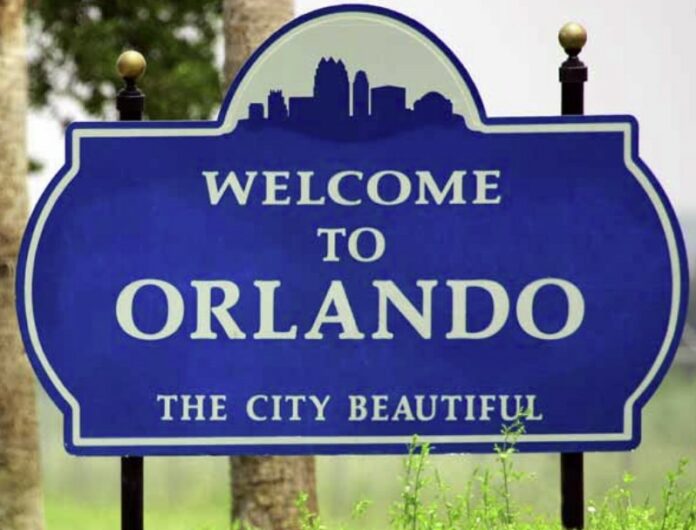 Businesses, caterers and volunteer groups are among the many who are geared up for a busy Pesach in Orlando, with as many as 100,000 people making their way to Central Florida for yom tov.

With few formal hotel programs operating and an ideal Chol Hamoed for day tripping, this year’s Pesach created the perfect storm, with Orlando at its epicenter. COVID-weary families eager for a change of pace set their sights on the Sunshine State months ago, with some looking to enjoy a relatively simple yom tov, while others have found ways to create a more luxurious experience.

“Every caterer without a job has shown up on the market to offer full catering,” Miami resident Dovid Goldwasser, who has been actively involved in large scale planning for Pesach in Orlando, told Yeshiva World News. “There are even people who make their own programs with chefs, party planners and waiters.”

Some private home developments function entirely as resort communities, putting up one tent for a shul and another for kiddushim. In certain developments, all the food is prearranged and delivered individually to each home, with a full schedule of programming in place including day camp, shiurim, entertainment and more. Over the past several years, kosher supermarkets in major Jewish communities have given shoppers the opportunity to ship their purchases down to Orlando and Goldwasser’s trucking and logistics company had 12 trucks on the road by Tuesday afternoon transporting luggage, food and cars to Orlando for those who preferred to ship items privately.

“There are so many ways to do this no matter what the budget and there is an option for everybody,” explained Goldwasser.

Having spent the past seven Pesachs in Orlando, Goldwasser has seen things explode in recent years, but the pandemic pushed things to an even higher level.

“An enormous number of people have newly discovered Orlando this year, because in the height of COVID it was the only option,” noted Goldwasser. “Technically you could go down and quarantine in your own home with your own pool and this year Orlando is on fire.”

Goldwasser recalled how in his first Pesach in Orlando, a fellow Hatzalah member reached out to him two days before yom tov suggesting that they work together as good Samaritans in case any emergencies arose. By the time they sat down to the Seder, they had formed a network of more than 20 Hatzalah members willing to be on hand as EMTs until 911 could respond to a call. While the network of Hatzalah members in Orlando is not operating as an established emergency medical service in any way, 150 calls for service were recorded over Pesach 2019 and Goldwasser estimated there will be 160 Hatzalah members in 12 different resort communities this Pesach.

“It’s a numbers game to me,” said Goldwasser. “The more people there are, the more calls we get, but at the same time, it also means that we will have more Hatzalah people on hand.”

Even while on vacation, Chaverim members are also active in Orlando, responding to a variety of situations including car lockouts, battery issues and flat tires. And understanding that Orlando’s infrastructure of Jewish eateries cannot possibly accommodate the vast influx of visitors, many kosher restaurants from other locations send food trucks to Orlando to pick up some extra business over Pesach.

“There’s milchics, fleishics, ice cream trucks – you name it,” said Goldwasser. “We have seen so many people bringing their businesses down to Orlando over Pesach, from photographers to sheitel machers and more. Everyone brings their talents to Orlando and since they are there anyway, they can service the klal and make some money.”

To reach Hatzalah in Orlando over Pesach, call 407 307 3600. Hatzalah also has a Chesed Fund page to donate.