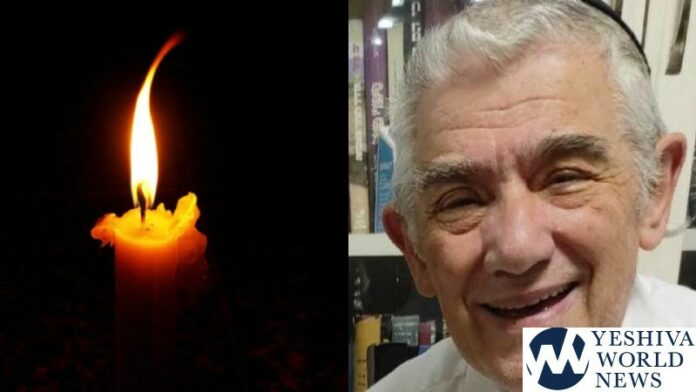 Hadassah Ein Kerem Hospital announced on Wednesday, that the Head of the NGO Efrat, Dr. Eli Schussheim was Niftar at the age of 80.

Dr. Schussheim Z”L, headed the organization known as Efrat, whose mission is to empower women who feel that they have no alternative but to end their pregnancy due to crippling socio-economic constraints.

Dr. Schussheim collapsed while davening for the amud during a family celebration last Shabbos. He was rushed to the hospital and put in the intensive care unit. He remained in critical condition until his Petira on Wednesday.

Dr. Schussheim was born in Argentina to parents who fled Europe prior to the Second World War. When he made Aliyah, he began working at Shaare Zedek as a surgeon. Then he began working at Hadassah Ein Kerem as well. He founded the senior’s residence known as Neve Simcha.

Dr. Eli Schussheim has headed the organization since 1977. Under his leadership, EFRAT has supported Jewish childbirth by supporting mothers who would otherwise abort their children if they didn’t have the support of Efrat. Since then, Efrat has assisted more than 75,000 mothers who otherwise would have had an abortion.

In addition to his work with Efrat, Dr. Schussheim was the personal doctor of more than 40 Gedolei HaDor including Rabbi Kaduri, Rabbi Aryeh Levine, the Pnei Menachem of Gur, Rabbi Mordehai Eliyahu, and the current Belzer Rebbe as well as many others.

Interior Minister Aryeh Deri spoke about Dr. Schussheim after hearing of his death and said: “It was with great sadness that I received the news of the tragic passing of my good friend, the head of the Efrat NGO Dr. Eli Schussheim Z”L. Dr. Schussheim, the savior of children, dedicated his life to saving lives and saving the lives of tens of thousands of Israeli children who all owe him their lives. He worked as the personal doctor of many Gedolim for numerous decades and the name of heaven was sanctified through all of the work he did. I send my sincerest condolences to his family. May you comforted by the legacy that he left behind him.”