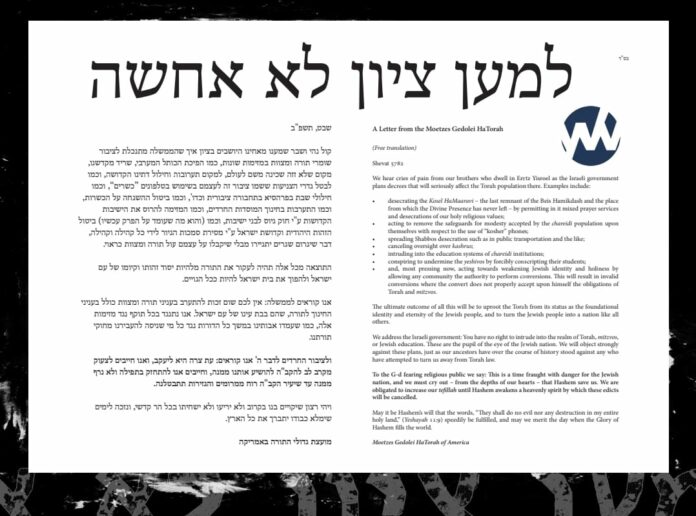 Agudath Israel of America, today, shared a Kol Korei from the Moetzes Gedolei HaTorah of America:

We hear cries of pain from our brothers who dwell in Eretz Yisroel as the Israeli government plans decrees that will seriously affect the Torah population there. Examples include:

The ultimate outcome of all this will be to uproot the Torah from its status as the foundational identity and eternity of the Jewish people, and to turn the Jewish people into a nation like all others.

We address the Israeli government: You have no right to intrude into the realm of Torah, mitzvos, or Jewish education. These are the pupil of the eye of the Jewish nation. We will object strongly against these plans, just as our ancestors have over the course of history stood against any who have attempted to turn us away from Torah law.

To the G-d fearing religious public we say: This is a time fraught with danger for the Jewish nation, and we must cry out – from the depths of our hearts – that Hashem save us. We are obligated to increase our tefillah until Hashem awakens a heavenly spirit by which these edicts will be cancelled.

May it be Hashem’s will that the words, “They shall do no evil nor any destruction in my entire holy land,” (Yeshayah 11:9) speedily be fulfilled, and may we merit the day when the Glory of Hashem fills the world. 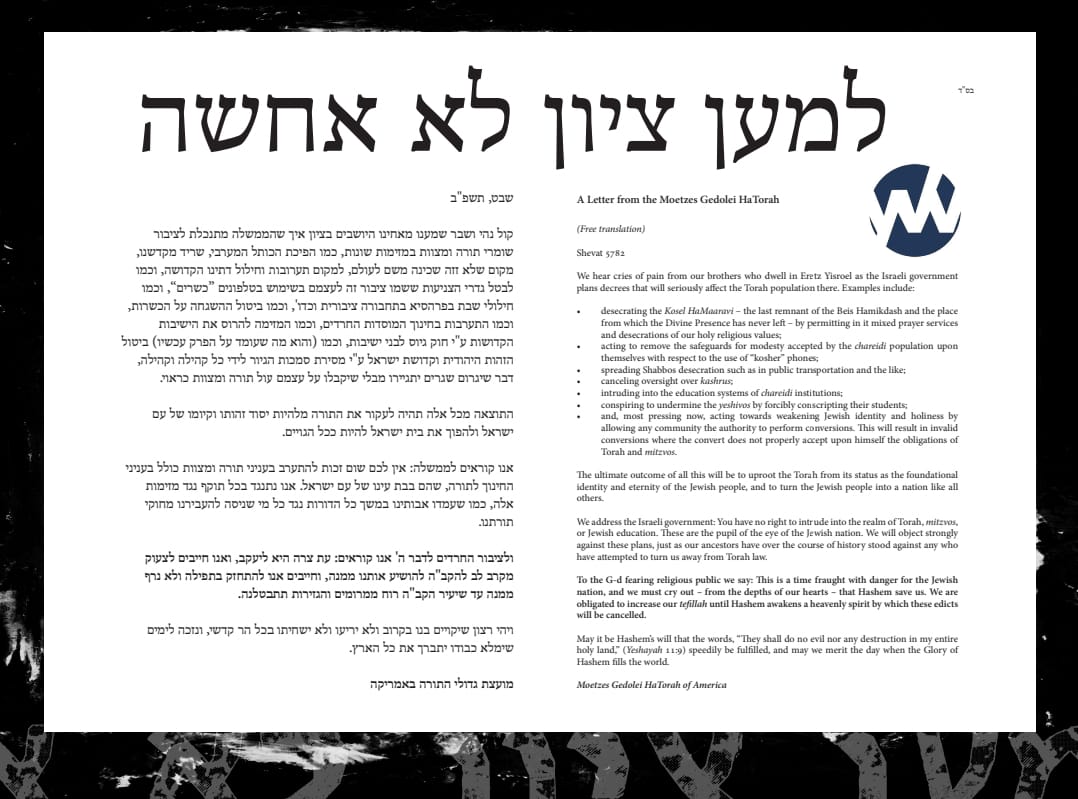