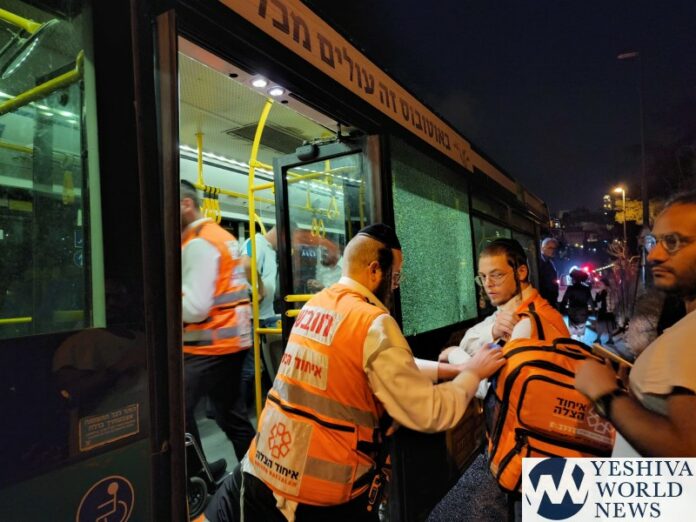 Seven people were injured after a terrorist opened fire at a bus in the Old City of Jerusalem, Sunday morning.

It happened at around 1:30AM near Kever David Hamelech in the Old City. Police report that the terrorist opened fire at a bus which was letting people on. The terrorist then ran to a nearby paring lot and opened fire. A total of seven people were struck by the gunfire.

Police immediately locked down the Old City, forcing hundreds of people to stay at the Kosel.

Magen David Adom and United Hatzalah volunteers treated the victims and transported them to the hospital.

Two of them are in serious condition.

A massive manhunt is underway for the terrorist who managed to flee the area.