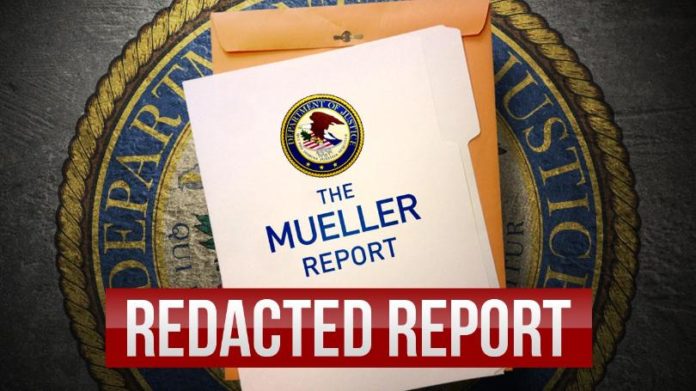 With the Mueller Report finally out Thursday, at least in redacted form, publishers are hurrying to release book editions. Two Mueller Report books already are in the top 100 on Amazon.com even though free pdfs are available online.

The special prosecutor’s findings, which run more than 400 pages, concluded that he could not find criminal evidence of conspiracy between the Donald Trump 2016 presidential campaign and Russia’s government but could not rule out the possibility that Trump may have obstructed justice after he won the 2016 election.

Scribner, Melville House and Skyhorse Publishing are among those planning to have paperbacks out before the end of the month, with prices ranging from $15 for the Scribner book to $9.99 for the Melville House one, and e-books out by the end of the week. Barnes & Noble expects to have a free download for its Nook e-reader on Thursday. The Amazon-owned Audible Inc. plans a free audiobook.

As of midday Thursday, some two hours after the report was made public, the Skyhorse and Scribner versions were in Amazon’s top 100. Melville House ranked No. 324.

Government reports have been a highly specialized niche in the book world for decades. They are public documents, often available for free and open for anyone to publish. But some releases are so intensely anticipated, among them the Warren Commission study of former President John F. Kennedy’s assassination and the 9-11 Commission Report, they become best sellers. The 9-11 report was even nominated for a National Book Award.

The Mueller report will likely have a substantial paying audience because of enormous public interest and because nonfiction works tend to sell predominantly in paper form. Scribner and Skyhorse also hope to attract readers with additional material, some of which they are hurrying to complete over the next couple of days.

Skyhorse editorial director Mark Gompertz said that Alan Dershowitz, the attorney and frequent Trump defender, was “the fastest reader and writer we have ever worked with” and was expected to finish an introduction for the Mueller book by Thursday night. The Scribner book, expected to exceed 700 pages, is being prepared in conjunction with The Washington Post. Some material, including a timeline of the investigation, has already been prepared. The Post is working on an introduction that will provide analysis of the report.

“We’re going as fast as we can,” says Colin Harrison, Scribner’s editor-in-chief. The industry suffered from printing shortages last fall and winter, with such works as David W. Blight’s Pulitzer Prize-winning biography unavailable for weeks. But Harrison says that Scribner can easily meet its announced first printing of 350,000.

“The planning for this has been in the works for a long time,” he says. “We’re even prepared to go back to press, expeditiously, for more books. We have the paper. We’re ready.”