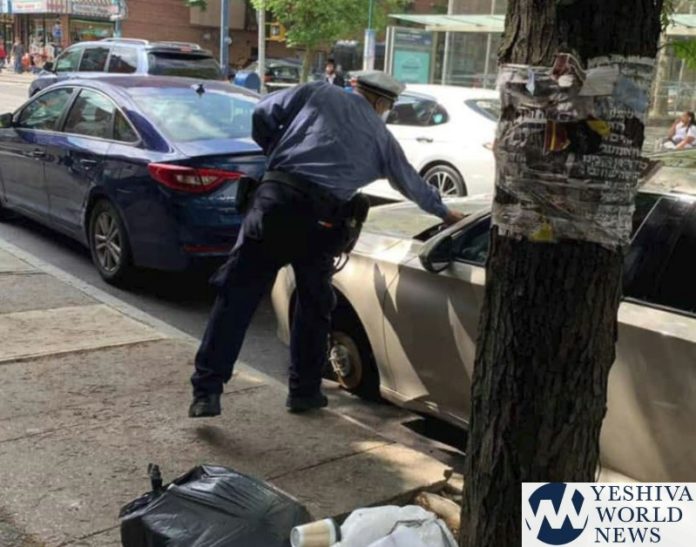 Tire thieves were out in Williamsburg early Thursday morning, and stole all four tires from a vehicle parked on Lee Avenue and Wilson Street.

Making matters worse, an NYPD Traffic Agent gave the man a summons as he awaited for Police Officers to take a report.

YWN has confirmed that the summons was issued for an expired meter.

Meanwhile, Chaveirim were helping the man with his ties on Thursday afternoon. 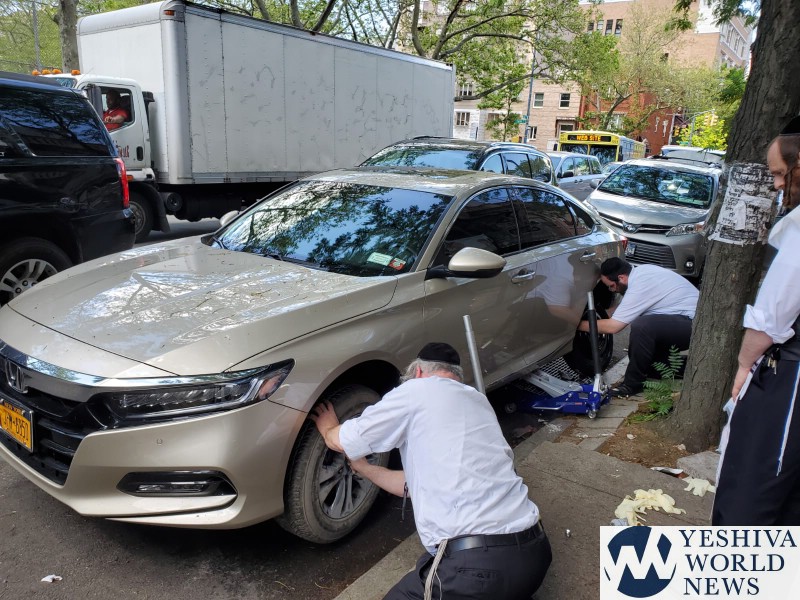 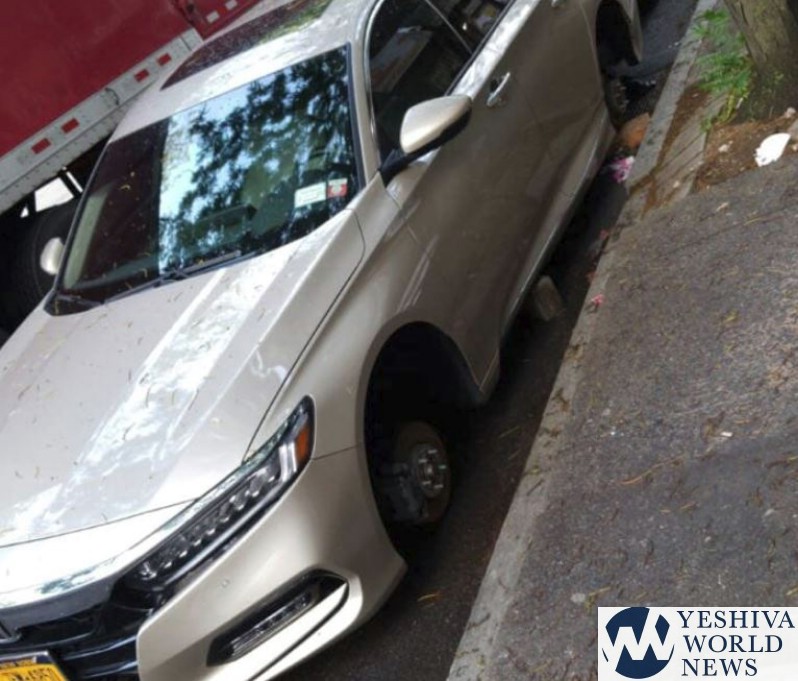