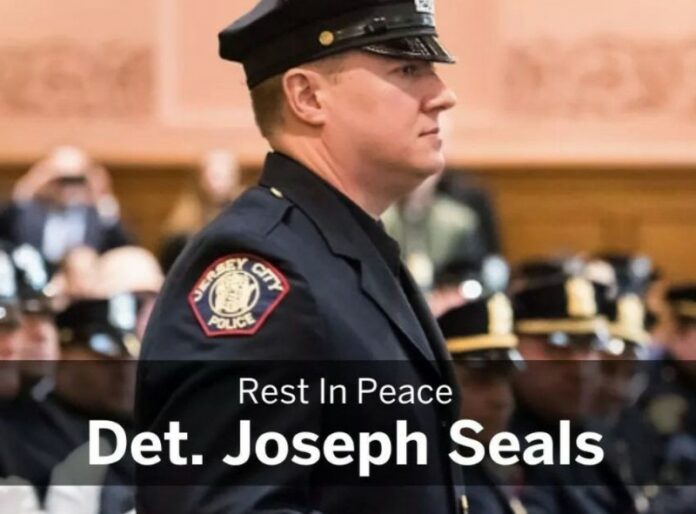 In just a few hours hours, the Orthodox Jewish community raised a whopping $48,000 for the family of Jersey City Police Detective Joseph Seals, an 18 year law enforcement veteran and married father of five who was tragically murdered in the Jersey City attack on Tuesday December 10.

Around 1,400 generous donors opened their pockets and donated – to a fund on The Chesed Fund platform – to show their support to law enforcement – and Detective Seals in particular.

What an incredible Kiddush Hashem!

Seals was the first person identified as a victim of the horrific attacks in Jersey City which ultimately took the lives of three people inside the kosher grocery store on Martin Luther King Drive.‎ The attacks also injured many others.

Seals a beloved Police officer was the department’s leading officer in removing guns from Jersey City’s streets and frequently worked in plain-clothes.

The veteran officer joined the Jersey City police force in 2006, according to department officials.

‎As we mourn the tragic deaths in our own community, we also are deeply pained by the tragic loss of Detective Seals and mourn his senseless loss.

No community more than the Orthodox Jewish community appreciates the incredible sacrifices our law enforcement heroes make on behalf of all citizens every day.
‎
The Jewish community turned their heartfelt grief into something more meaningful and donated to this special fund set up for Detective Seals’s family. He made the ultimate sacrifice.

The money will be given to the family in the next few days, and YWn will update our readers on that.

May God bless our law enforcement professionals and may he bless Detective Seals memory. #RIP 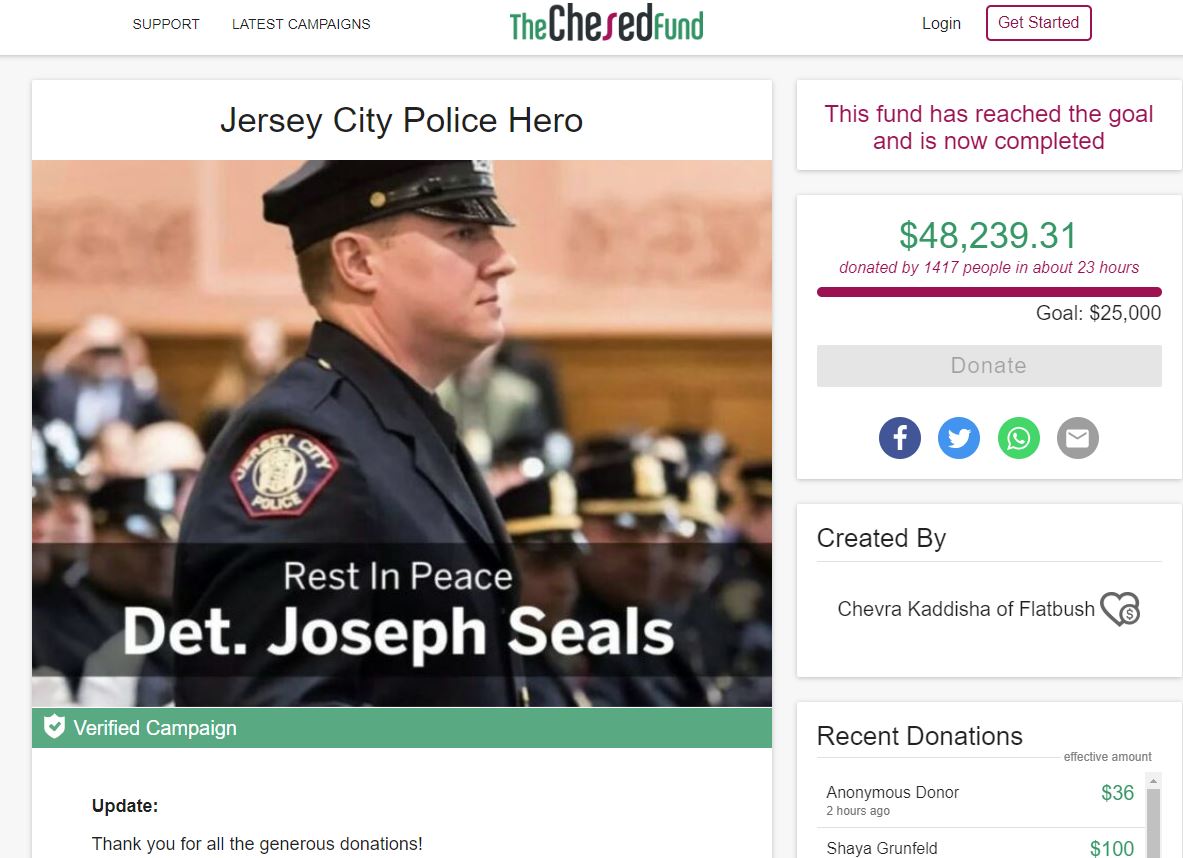 Our grateful community rallied together to raise funds for the Seals family during this painful time. In just 3 hours, $25K+ in donations poured in.@StevenFulop
via @YWN https://t.co/fcq4O198p2

Detective Seals lived a life full of purpose and service to others.

This is a true kiddush Hashem– raising funds for the family of someone whose only goal was to protect others.https://t.co/lPpADPjuLY