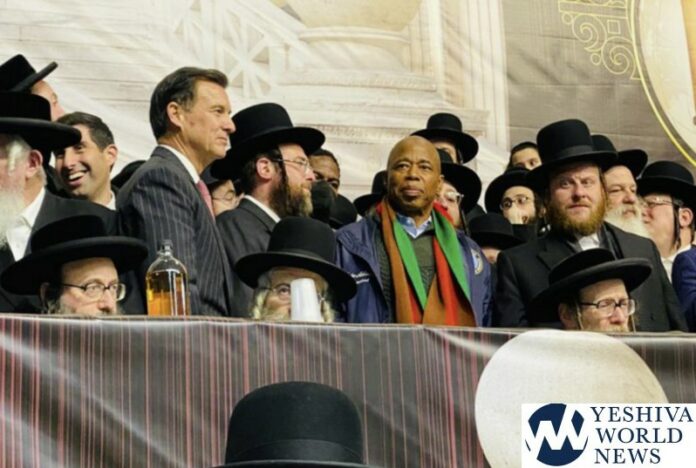 The mayor-elect was introduced at the event by Rabbi Moshe Dovid Niederman.

Many dignitaries and elected officials have attended Chof Alef Kislev events over the years out of respect for the Rebbe and to show their support for chasidim and other frum communities.

The Satmar Rebbe, known as the Divrei Yoel, was among 1600-plus people who were transported out of Hungary by train thanks to the efforts of Rudolf Kastner, one of the leaders of Budapest’s Vaadat Ezra V’Hatzalah, who brokered a deal with Adolph Eichmann to let the passengers leave in exchange for a large sum of money, diamonds and gold.

While Eichmann reneged on the deal and had the train sent to Bergen Belsen, the train was finally released after four months of negotiations and the passengers finally obtained their freedom when they arrived in Switzerland. 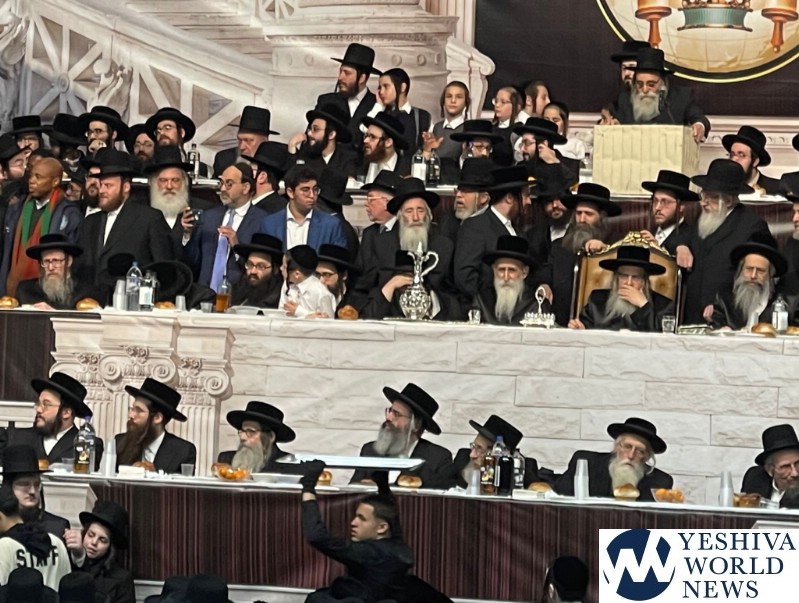 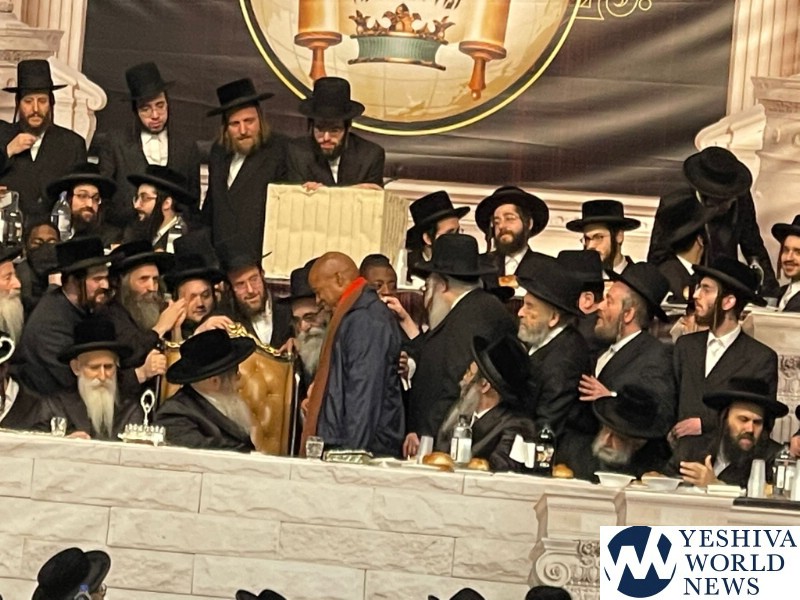 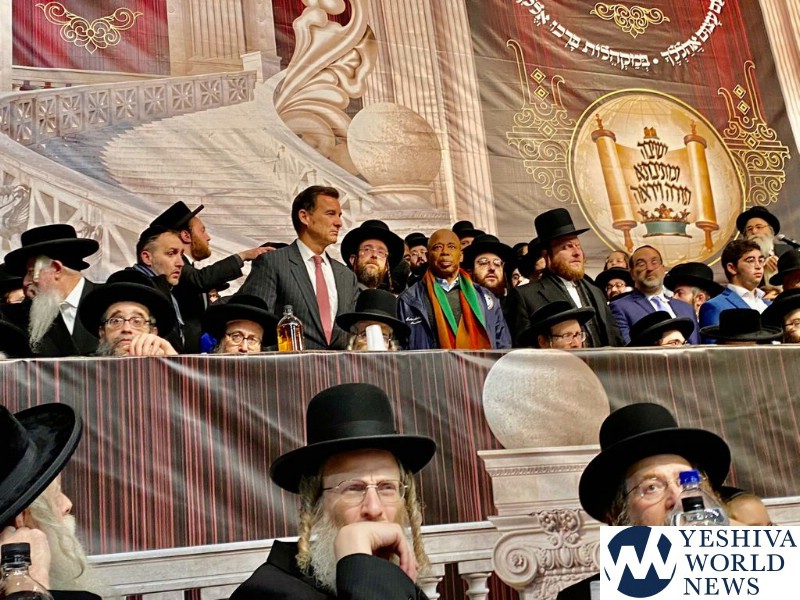 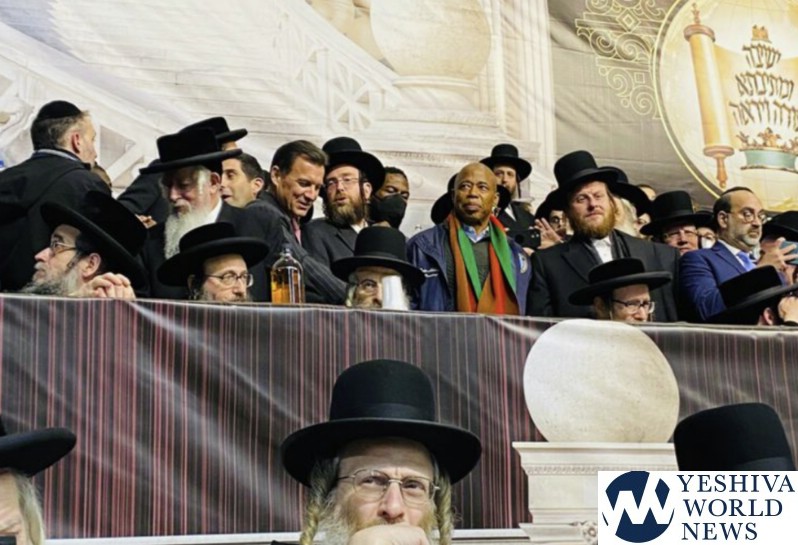 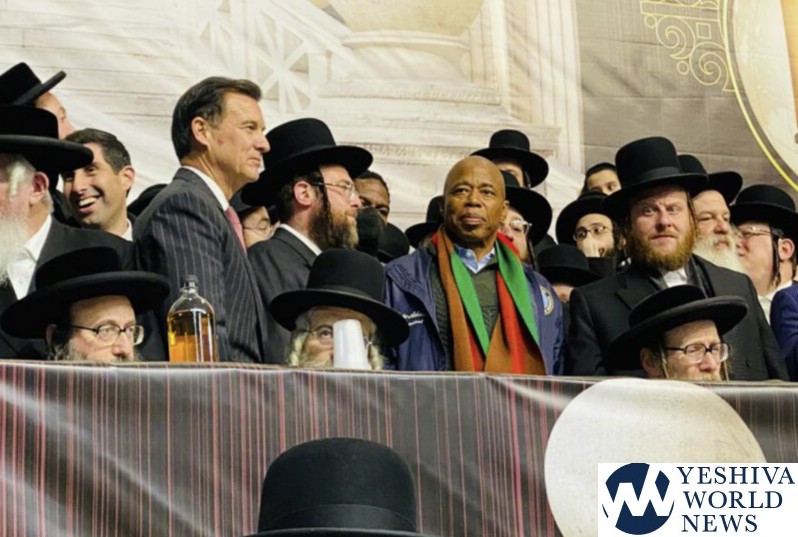 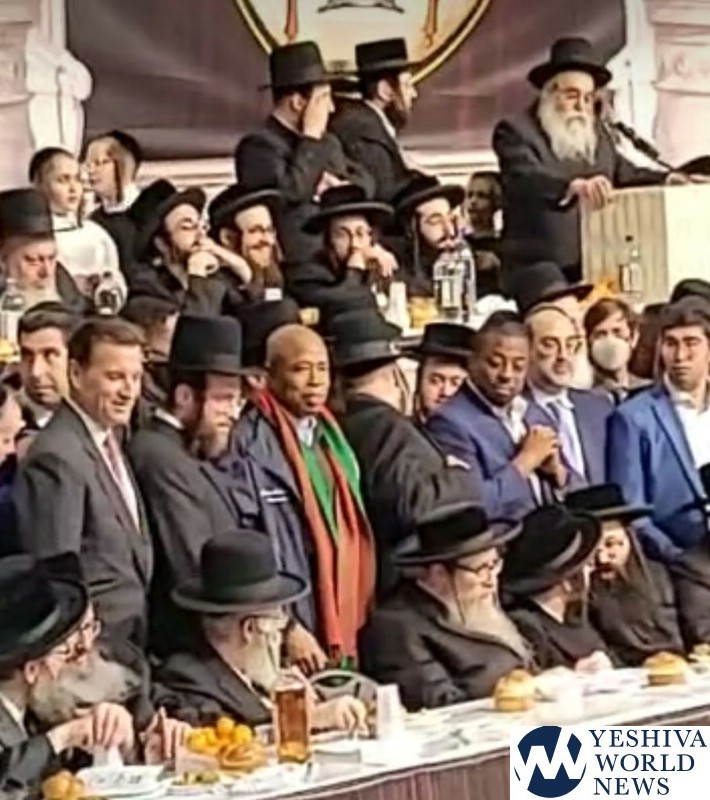 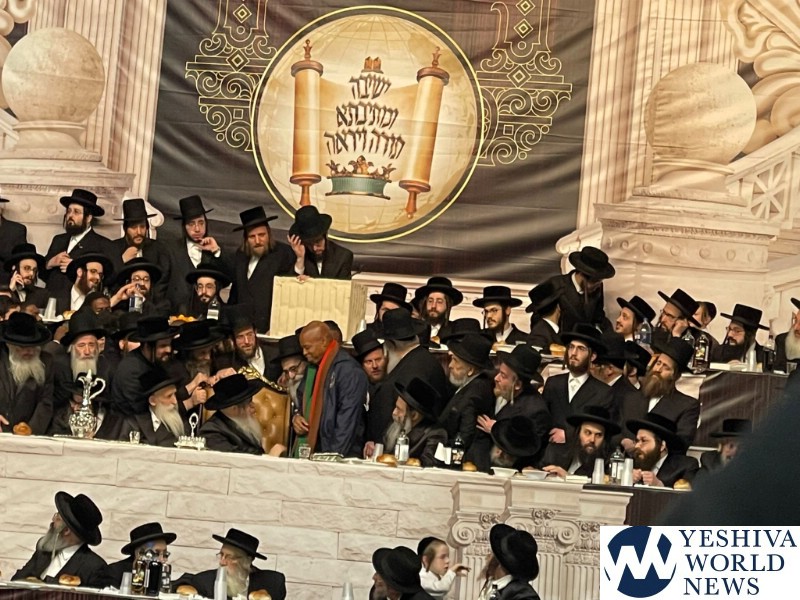