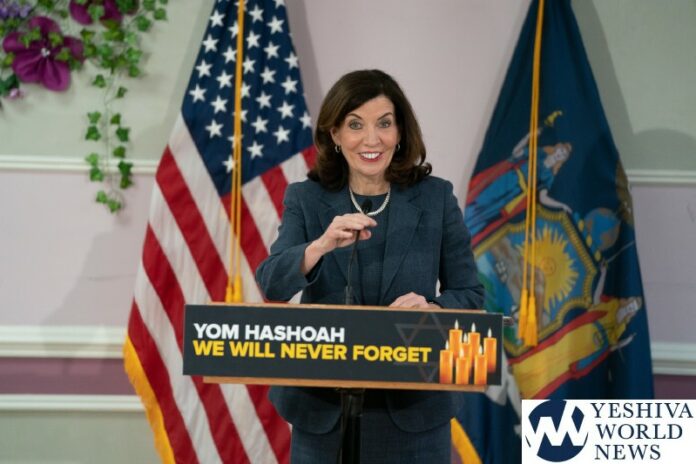 Hochul was at the Boro Park Y to speak to Holocaust survivors in commemoration of Yom Hashoah when she was questioned by Borchardt.

Hochul provided a vague answer when asked about her take on private school regulations, in stark contrast to presumptive Republican nominee for governor Lee Zeldin, who has been an outspoken and staunch supporter of the freedom of yeshivos to determine what is appropriate to teach.

Asked why there are still mask mandates on subways when the governor herself went maskless indoors with approximately 100 other people, Hochul asserted that the situations were very different, apparently because the people you are near on subways are “strangers.”

She didn’t elaborate on how being acquainted with people keeps Covid-19 from spreading or why it would make any difference what relationship one has with the people they are with relative to the spread of a virus.