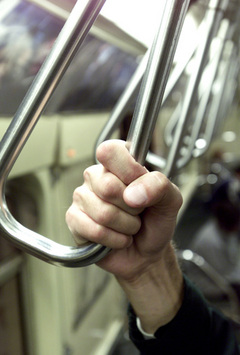 New York City – It could be a fare nightmare.

The Metropolitan Transportation Authority may be getting ready to hit riders with an up to 30 percent hike.

The plan to save the MTA isn’t on the slow track. Right now it’s on the no track.

Albany bumbling — the inability of Senate Majority Leader Malcom Smith to rally his members — has derailed the “Ravitch Plan” to save the MTA with bridge tolls and a payroll tax. No bailout means only one thing: commuters pay.

“The MTA board has tough choices to make. They’ve already made it very clear that if there isn’t financial help they have no choice but to raise the fare and make hundreds of millions of dollars in service cuts,” Richard Ravitch said.

There will be an emergency MTA meeting Friday to lay out the doomsday options, but transit advocates already know how much pain commuters will face if Albany doesn’t come through.

“The base fare could go from $2 to $2.50 and something like a 30-day unlimited ride MetroCard. It’s $81 now, but they’re talking about it rising to $103. That’s a price I associate with the Broadway theatre, not with taking subways and buses,” said Gene Russianoff of the Straphangers’ Campaign.

Assembly Speaker Sheldon Silver is on board with a bailout plan. The problem is the Senate.

“The doomsday budget of the MTA board is unacceptable to this conference, period. We don’t want a 31 percent fare increase. We don’t want substantial service cuts,” Silver said.

The timetable is tight. D-day is March 25. The fare hikes would go into effect on June 1.

MTA officials said there is no wiggle room. That March 25 deadline is the absolute cutoff. If there’s no bailout that’s the day they will enact the fare hikes and service cuts.