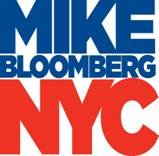 The paper said, “the 2009 election must center around who is best qualified to lead our city over the next four years,” and called the Mayor, “an extraordinarily gifted chief executive.”

In addition to this endorsement by the Jewish Press, Mike Bloomberg has earned the endorsement of the editorial pages of the EcuaTimes, The New York Page, the Irish Voice, Impacto Latin News, The Queens Courier, New York Community Times, El Especial & El Especialito.

The Jewish Press praised the Mayor’s record which includes: a 30% reduction in crime since Mike has been in office, the creation of an innovative sustainability plan to keep New York City livable for generations to come, a complete turnaround of a failed education system, and his pro-active stance on economic development with the Five Borough Economic Opportunity Plan which will create or retain 400,000 jobs citywide.

See the full text of the editorial below:

Though it is well before the traditional time for political endorsements, we nonetheless take the opportunity this week to strongly urge the reelection of Michael Bloomberg as mayor of New York.

The upcoming mayoral election will feature its share of debate and discussion over issues ranging from housing and neighborhood preservation to crime and education. These are, to be sure, critical concerns and the mayor’s record is one on which he can, and will, proudly run. (And in an interview with The Jewish Press, Mr. Bloomberg said he supports accommodating the needs of parochial school parents within the limits of the constitutional mandates of church-state separation.)

But we believe that over and above all other issues, the 2009 election must center around who is best qualified to lead our city over the next four years – a time certain to be defined by severe financial challenges.

We do not dismiss out of hand those who cannot get past the issue of term limits. To them, we can only say the courts have definitively found that the system provided for the modification that was adopted enabling the mayor’s re-election bid.

And while we are mindful that on occasion over the past eight years some eminently reasonable people have opposed the mayor on one issue or another (we ourselves have had our differences with him), few would disagree with the notion that Mike Bloomberg has proved himself an extraordinarily gifted chief executive, with a unique ability to get his arms around and largely tame the enormously complex enterprise that is New York City.