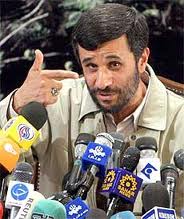 Iran’s oil ministry announced Sunday that it had stopped crude exports to British and French companies.

The order came several days after Iran threatened to cut oil exports to some European Union countries in retaliation for sanctions put in place by the EU and the United States in January, a ministry spokesman said in a statement.

“Iran has no difficulty in selling and exporting its crude oil. … We have our own customers and have designated alternatives for our oil sales. We shall sell to new customers, who will replace French and UK companies,” ministry spokesman Ali Reza Nikzad-Rahbar said.

The sanctions put in place last month are meant to force Iran to provide more information on its nuclear program by shutting off its sale of crude oil, which generates half of Iran’s revenue.

The West believes Tehran may be trying to develop nuclear weapons, but Iran has long maintained that its nuclear program is solely for civilian energy production.

Analysts last week said that if Iran suspends shipments to some European countries, it would only have a modest impact on oil prices.

Final details of the EU sanctions are still being worked out, and it’s expected that they will have a grace period of up to eight months, an EU diplomat told CNN last month

Analysts have said that while the new sanctions are the toughest ever imposed, they still contain many loopholes.

Iran is expected to still be able to sell its oil to places like China, India and other Asian countries, but perhaps at a discount of 10% to 15%. About 35% of Iran’s oil exports currently go to China and India.