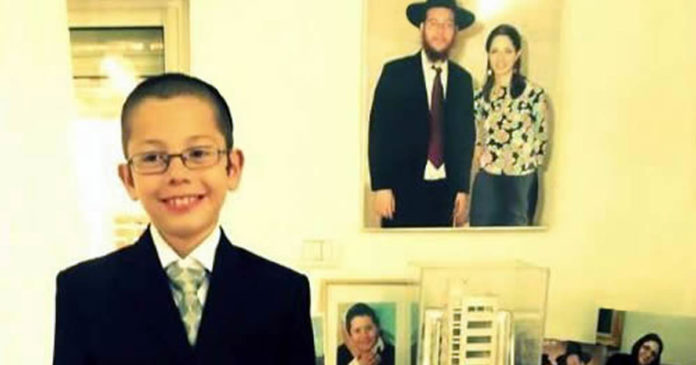 Nine years after the terror attack on the Chabad House in Mumbai, India, in which six people were murdered, including Rabbi Gavriel & Rivka Holtzberg HY”D, the Prime Minister of India will meet with Moishe Holtzberg, the son of Gabi and Rivki, who survived the attack with the help of his Indian caretaker, Sandra Samuel, who literally carried him to safety and escaping death.

Next week, Indian Prime Minister Nandrude Modi will arrive in Israel for a historic and official visit, as this is the first visit by an Indian prime minister to Israel.

According to Yediot Achronot, during the three-day visit, the Indian prime minister decided to meet with little Moishe. The meeting will take place at the exhibition grounds in Tel Aviv with the participation of the Indian nanny and his grandparents.

After the attack, Moishe was transferred to his grandparents, who are raising him in Israel together with his Indian nanny Sandra, who immigrated to Israel and received an Israeli identity card.

When India and Israel established full diplomatic relations 25 years ago, it reflected their mutual recognition that the international arena was changing dramatically and both could benefit from expanded, unconstrained cooperation.

The current relations range from a political dialogue to expanded cooperation in security, IT, and Israeli assistance in agriculture and water management. The two states face common challenges such as terror and the need to preserve the rights of a sizable Muslim community.

The visit of the Prime Minister of India to Israel is a significant step in cementing and promoting the relations. It is in this framework that Indian Prime Minister Mr. Narendra Modi will be visiting Israel.

During last week’s Sunday cabinet meeting, PM Netanyahu said, “Next week, the Indian Prime Minister, my friend, Narendra Modi will arrive in Israel. This is an historic visit to Israel. In the 70 years of the country’s existence no Indian Prime Minister has ever visited and this is further expression of the State of Israel’s military, economic and diplomatic strength. This is a very significant step in strengthening relations between the two countries. India is a huge country with over 1.25 billion people and is one of the world’s largest, growing economies. Ties between Israel and India are on a constant upswing…”