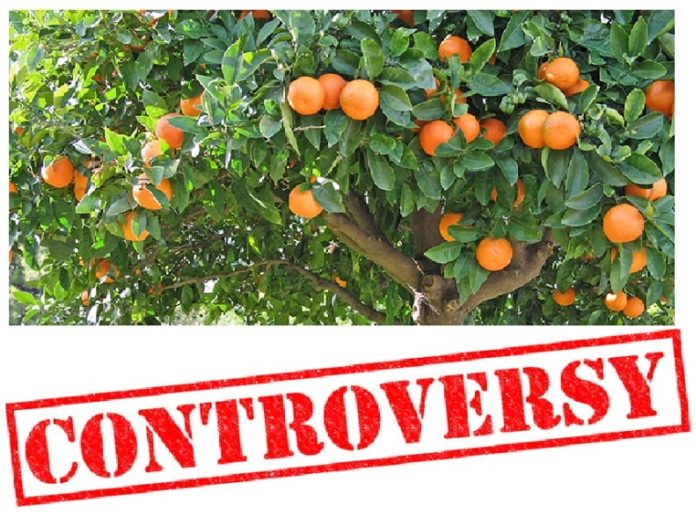 By Rabbi Yair Hoffman for 5TJT.COM

It began today, on the first of the month of Nissan.  And the controversy continues.  Some follow ArtScroll.  But most Poskim say, “No.”

There is a great debate that has gone on in Torah circles for almost three centuries now.  The debate centers upon the following question:   What texts should we be following?  Do we follow the Shulchan Aruch and Talmud or do we follow the Siddur?  This debate centers around one particular Bracha – one that occurs in Nissan (and if delayed – Iyar – according to Rav Ovadiah Yoseph zt”l).

The Shulchan Aruch (OC 226) and all the Rishonim use the word “Klum.”  The Rambam in his Mishna Torah (and all manuscripts of the Rambam Oxford and Teiman) also utilize the term Klum.  The Dikdukei Sofrim which has numerous alternative Talmudic texts from manuscripts has no mention of the term “Davar.” Dayan Weiss in his responsa work (Minchas Yitzchok Volume X #16) writes that the wording “Davar” is incorrect and should be stopped.

WHERE DID IT COME FROM?

Apparently, sometime in the late 1600’s or early 1700’s a very erudite and learned gentile converted to Judaism in the city of Amsterdam and took on the name Israel Ben Abraham.  He immigrated to Germany and worked as a setter in various printing houses there. In 1716, he purchased the printing equipment of Moses Benjamin Wulff and launched his own printing house in Koethen, Germany.

Wulff used to print in the city of Dessau but his legal permission to print there was rescinded.  The equipment had been transferred to another Ger Tzedek who printed in Halle.  Printing in Halle soon came to an end as well, and the equipment went back to Moses Benjamin Wulff who transferred it to Israel Ben Abraham.

In Koethen, Israel Ben Abraham ran into some problems because it was a city that did not allow for the residence of Jews.  It also did not permit books to be published in only Hebrew without an accompanying translation.  For a book to be published it needed to also be in the vernacular.  There he printed the Rosh Yoseph, Derech HaChaim, Derech HaKodesh, and the Orchos Tzaddikim.  These were printed in 1717 and 1718.  He had the assistance of Rabbi Yishayahu Ben Isaac and Rabbi Chaim Ben Abraham Gomprecht.

Israel Ben Abraham needed to relocate, however, in order to further develop his printing house.  He moved his operations to Jessnitz, also in the Anhalt district which is now the state of Saxony in Germany.  He brought his workers from Koethen and also obtained the assistance and backing of a number of wealthy court Jews.  One of them was Issachar HaLevi Bermann Behren Lehman of Halberstadt.  There, he printed the Shaarei Durah, the Alshich’s work, the Damesek Eliezer and, most significant to our story, in 1724 -Reb Zalman Henna’s “Beis Tefillah.”  A number of tractates of the Talmud were printed there as well.  A good overview of the history of the printing house in Jessnitz can be found in Marvin Heller’s “Printing the Talmud.”

Rabbi Yaakov Lorberbaum’s Siddur, “Derech HaChaim” is the next to appear with the word Davar – but this was done by the printers.

This author would like to suggest that Reb Zalman Henna, as brilliant as he was, may have held himself to be a superior grammarian to the earlier authorities, including the Rishonim and Gaonim.  Perhaps he felt that it was not conceivable that the sages would have enacted a blessing with a formulation of their own that lies in contrast to a similar Biblical formulation.  That, combined with the lack of the term “Klum” in TaNaCH, may have clinched his decision.

Reb Zalman Hennam, therefore, made the change, perhaps in conjunction with Israel Ben Abraham as well, who also had innovative tendencies.  Other prayer books followed suit by dint of the fact that Reb Zalman Henna was a grammarian of distinction.  There may have been an intimidation factor here.

POSKIM SAY “GO BACK TO THE TALMUD”

Regardless, as to how and why the change evolved, it is the view of our leading Poskim that we revert back to the formulation found in the Gemorah and in the Shulchan Aruch.  So, ArtScroll, if you’re out there listening, you may want to revisit the issue.