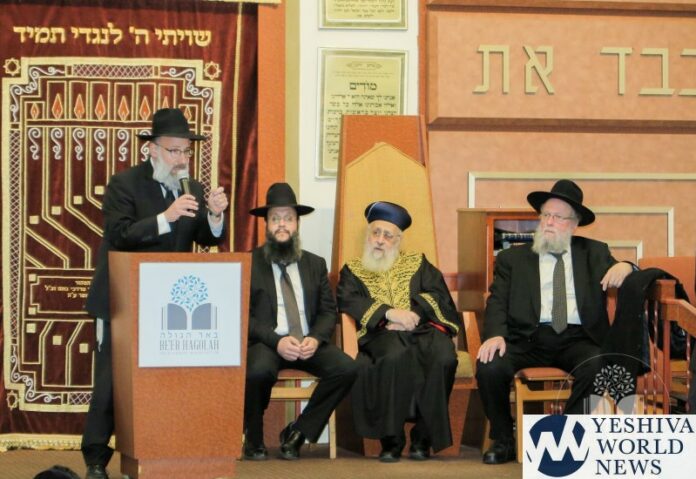 Be’er Hagolah educates more than 430 Sephardic children from Brooklyn and Queens and it was a great Yom Tov for the students to be in the presence of these two gedolei Torah. During the tour of the classrooms, Rav Yosef was moved to tears as he watched the young children sing shivisi Hashem linegdi tamid.

At an assembly, the Dean of Be’er Hagolah, Rav Mordechai German introduced Rav Yosef, who is the author of more than 20 volumes of Yalkut Yosef, as a walking sefer Torah. Rav Yosef told the students of a time when he met the Russian President Vladimir Putin who asked him how is it that all of the ancient civilizations such as the Greeks and Romans are gone, but the Jewish people are thriving. The Rav answered him by quoting Rav Saadiah Gaon who said that the Jews are a nation only by merit of us having the Torah. The Torah is our life force which constantly breathes into us a renewed energy and makes us grow.

The Rav told the children, ain davar ha’omed bifnei haratzon, you can all grow into great talmidei chachamim and build families of Torah, middos tovos and yiras shamayim. He told the students that everyone has a cheilek in Torah, and that they are so fortunate to be in this Yeshiva. As the students filed by, Rav Yosef gave hundreds of personal brachot to each and every child. 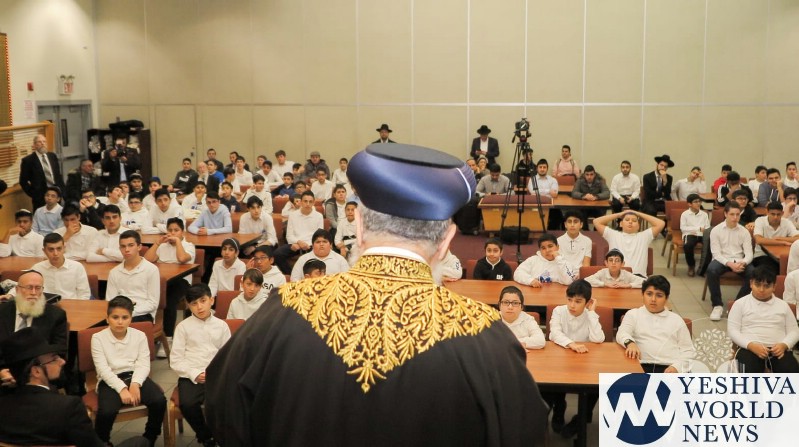 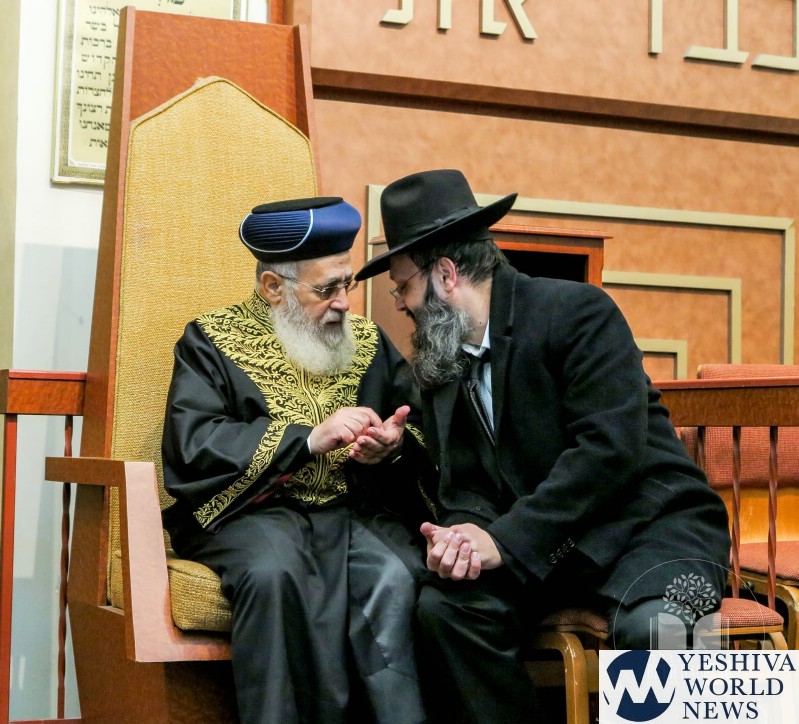 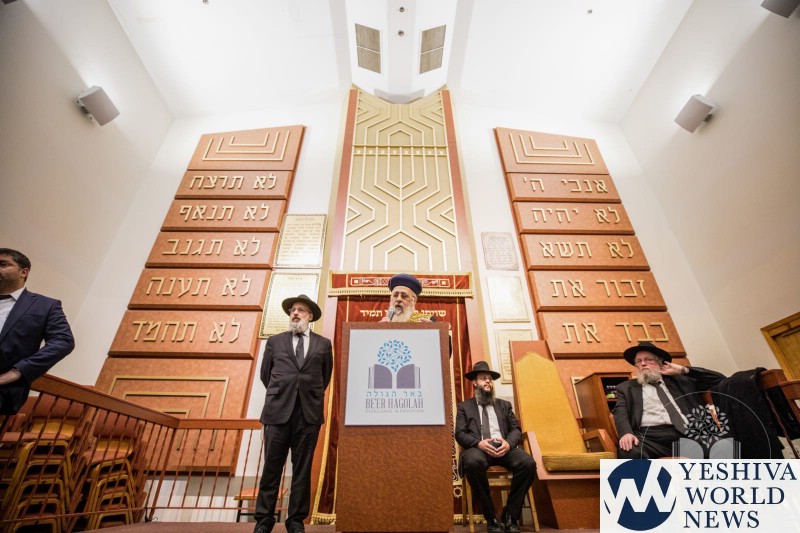 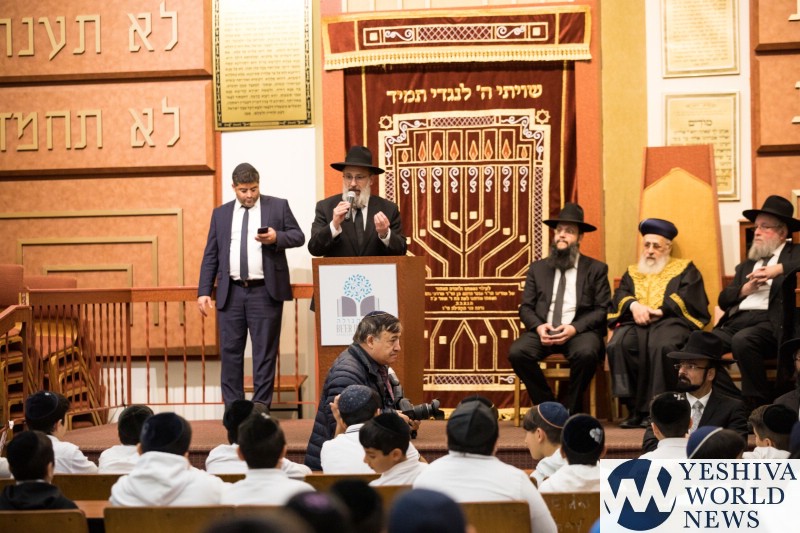 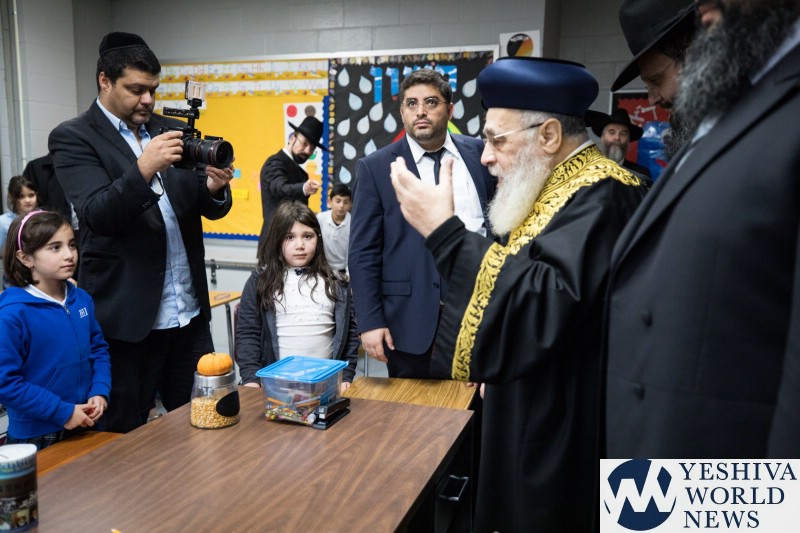 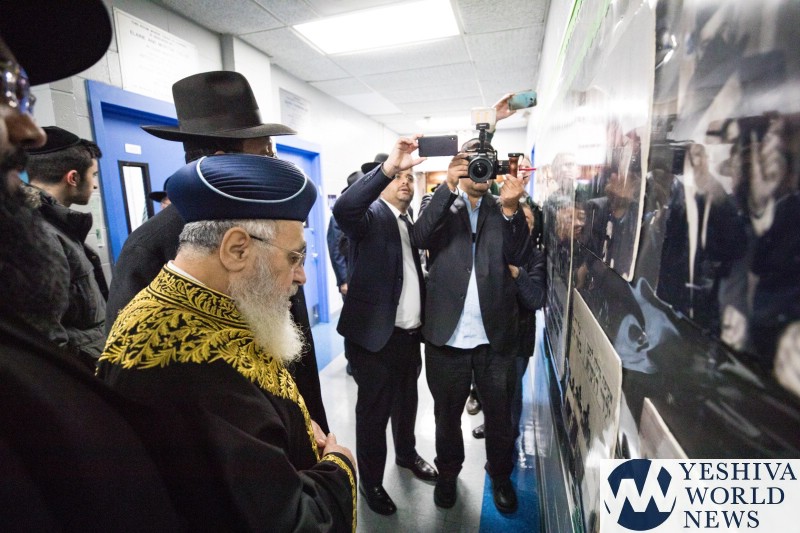 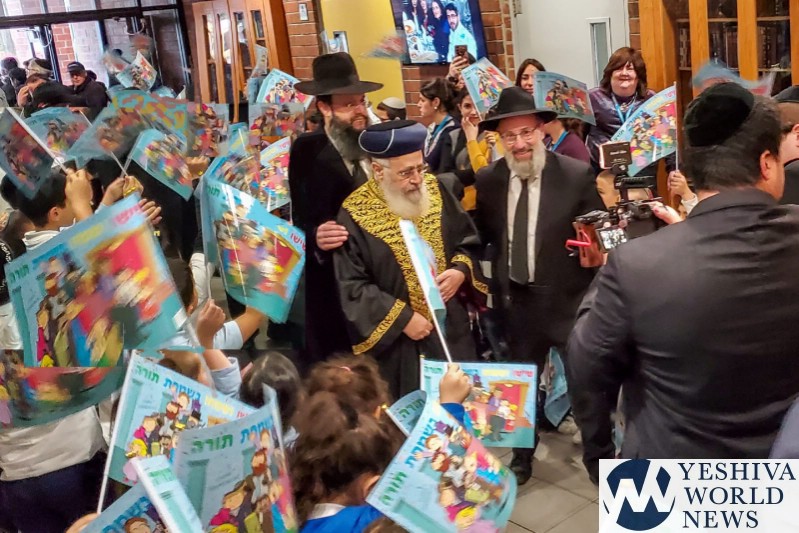 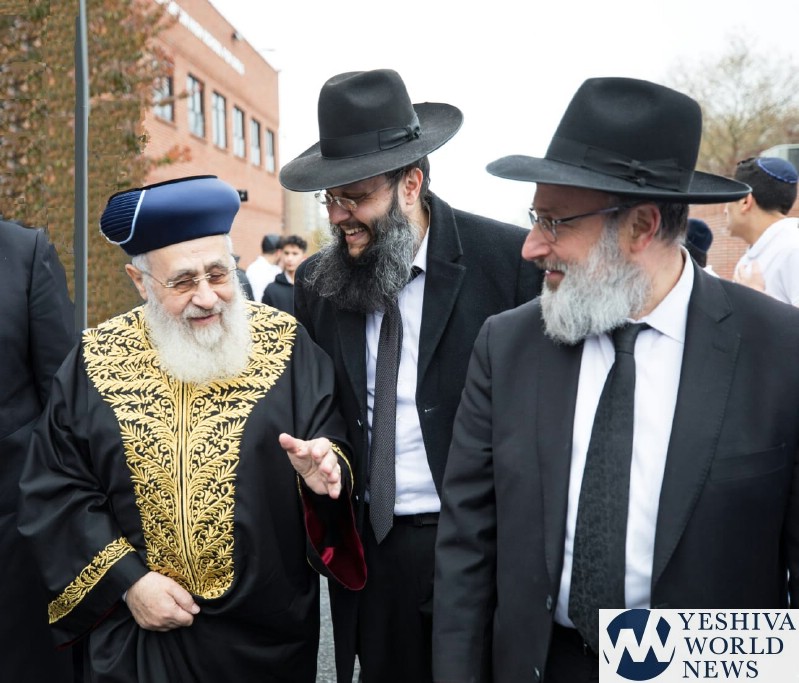 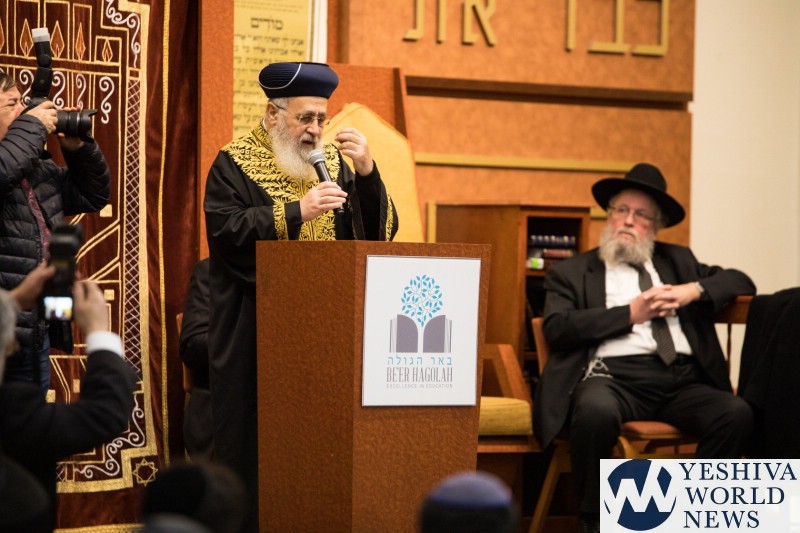 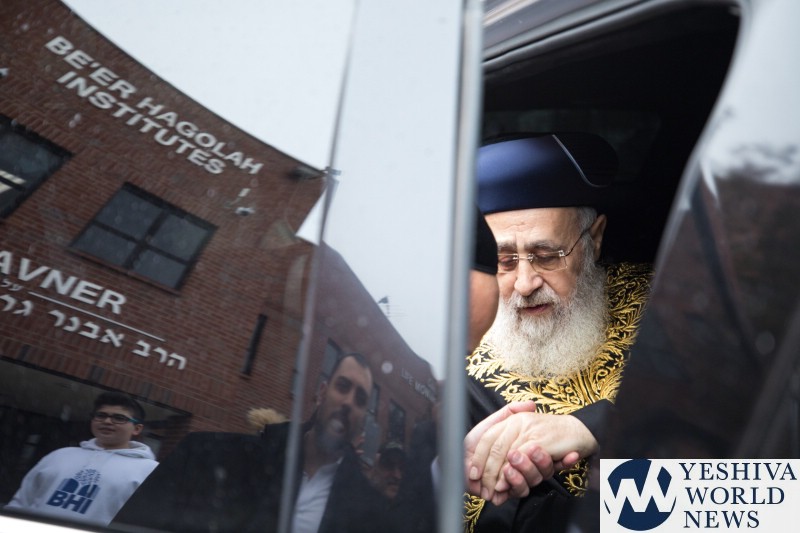 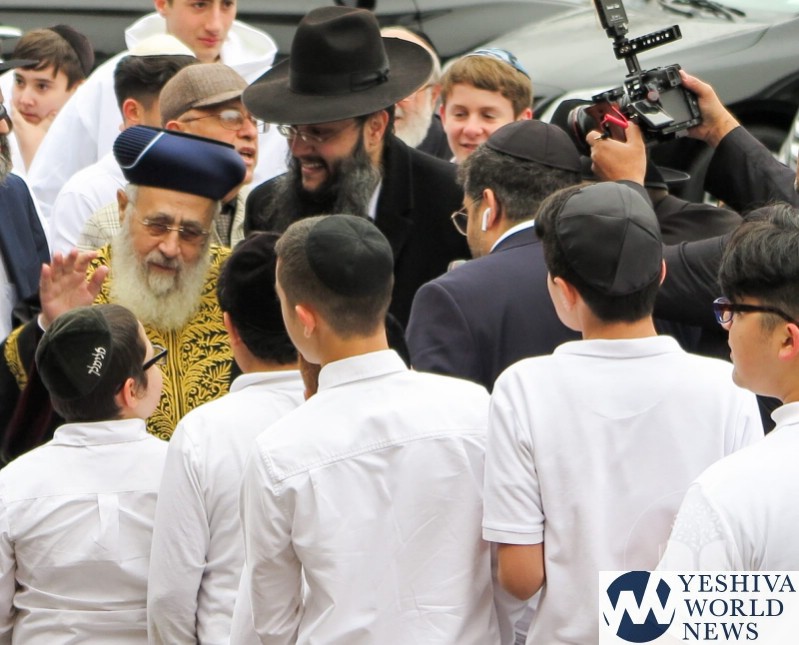 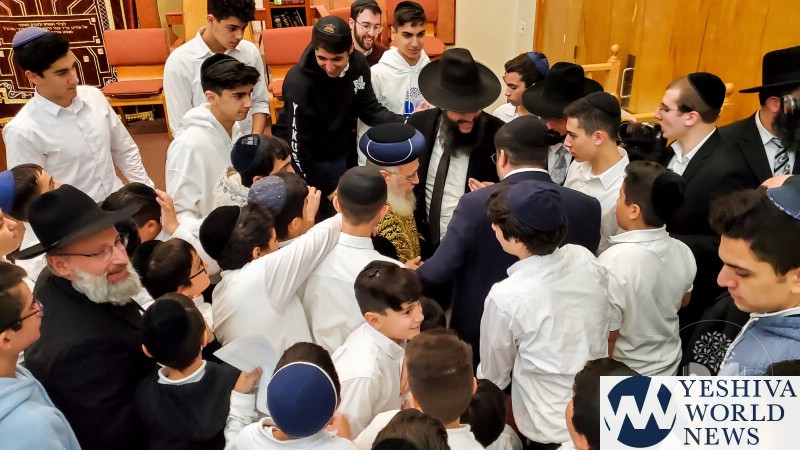 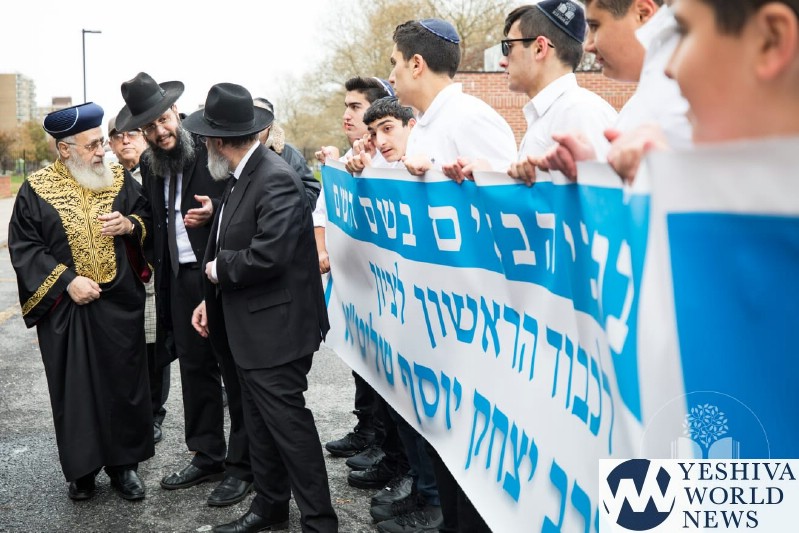