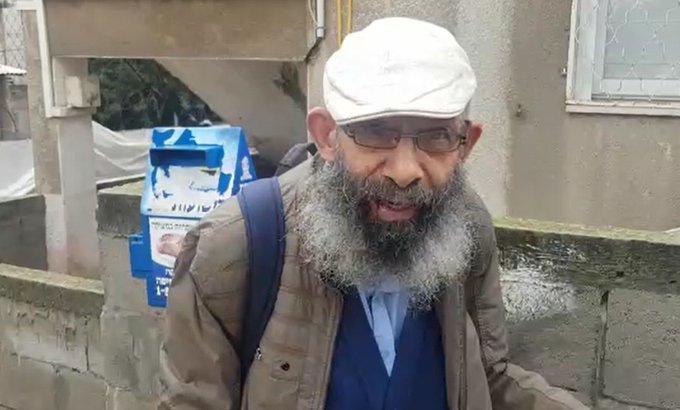 Eliyahu Shapiro, a 74-year old Chareidi man in Haifa was brutally beaten by three Russian-speaking thugs – including a skinhead – on his way home from shul on Shabbos morning.

The thugs surrounded Shapiro and asked him for cigarettes and money. When he said he didn’t have money because it was Shabbos, they realized he was religious and beat him badly, leaving him with a large bleeding wound on the back of his neck and several broken teeth.

His son, Aryeh Shapiro told Arutz Sheva: “I was with my parents for Shabbos in Haifa. My father stayed for the Kiddush on Shabbos morning and returned home alone. We saw that he was delayed and we started the meal without him. Suddenly he came home with a large and horrifying wound on the back of his neck that was dripping blood.”

Aryeh said that his father is “a very quiet man who didn’t want to cause a stir or go to the hospital. We drew him out and slowly he told us about three young Russian-speaking thugs, one of them a skinhead, who tried to demand cigarettes and money and he explained that it was Shabbos. And then when they understood that he’s religious they beat him brutally.”

Aryeh called MDA services, who took his father to the hospital to get stitches. He also filed a complaint with the police who opened an investigation but meanwhile, there have been no developments.

Shapiro, himself an oleh from Russia, couldn’t believe he was a victim of an anti-Semitic attack in Israel.