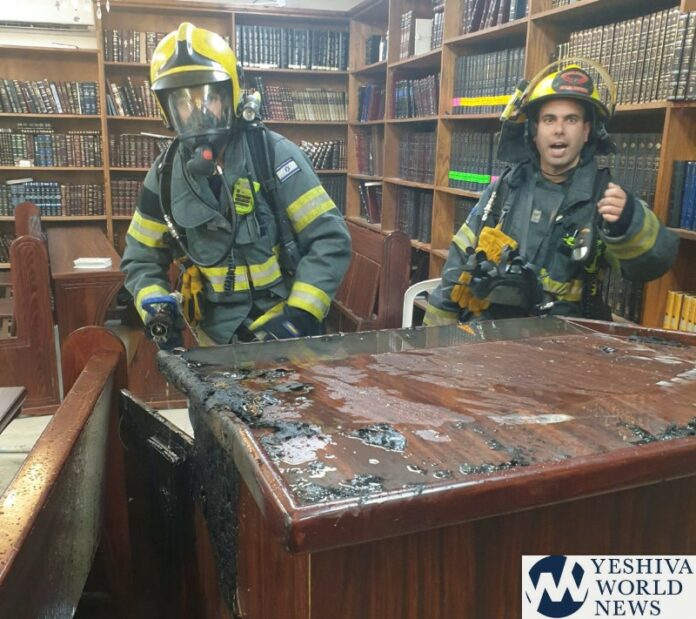 A strange man entered the Kehilas Chassidim shul on Shazar Street in Tiveria on Sunday night, and after getting angry at those in the Shul lit the Amud on fire.

According to reports in the Israeli media, the man walked in and asked one of the Avreichim for money to travel to Yerushalayim. The Avreich gave him a shekel. When the man asked for more, the Avreich showed him that he didn’t have any more money on him. In response, the stranger attacked the Avreich and broke his glasses.

The Avreich succeeded in fleeing the Shul after being beaten. When he returned, he found that the stranger had lit a fire on the Amud and burned it and the Talleisim underneath it.

Four firefighting crews were called to put out the fire and succeeded in extinguishing the fire before it spread out of control but significant damage was caused.

The Avreich reported that the stranger was: “intoxicated and in his anger, he went crazy because he wanted people to give him the entire amount for a ride to Yerushalayim. Baruch Hashem, there were no serious injuries, but it is difficult to see the burned holy books and other items.” 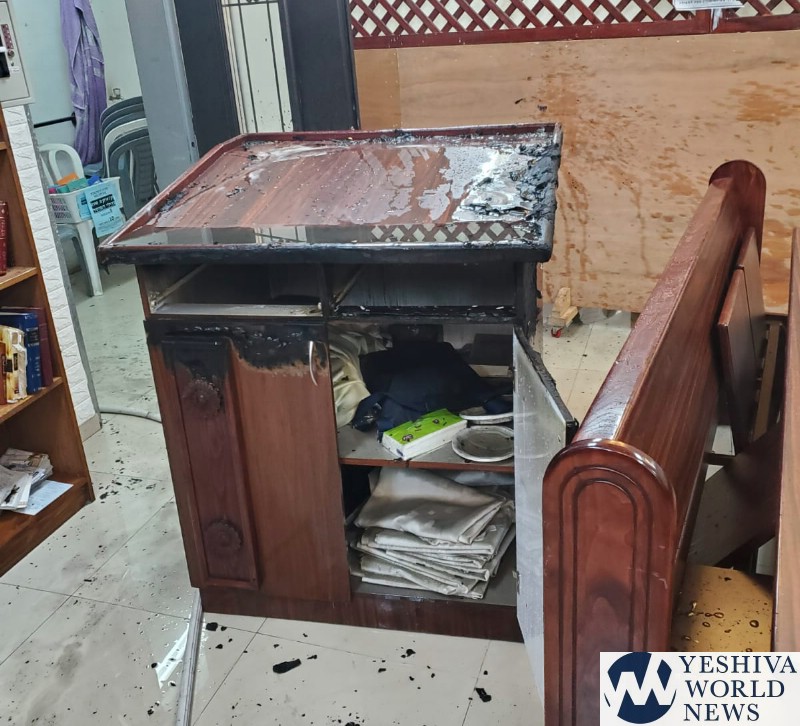 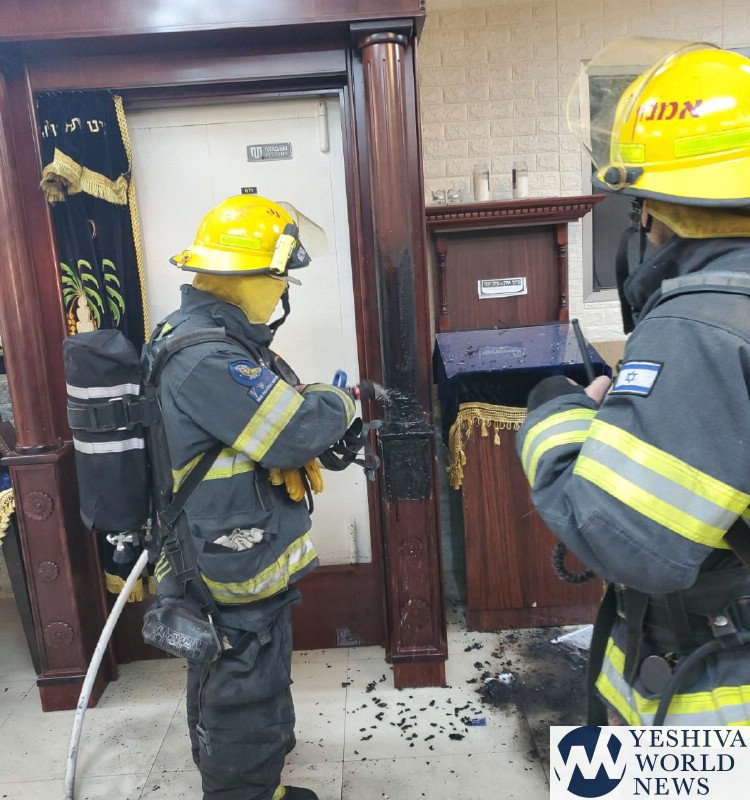 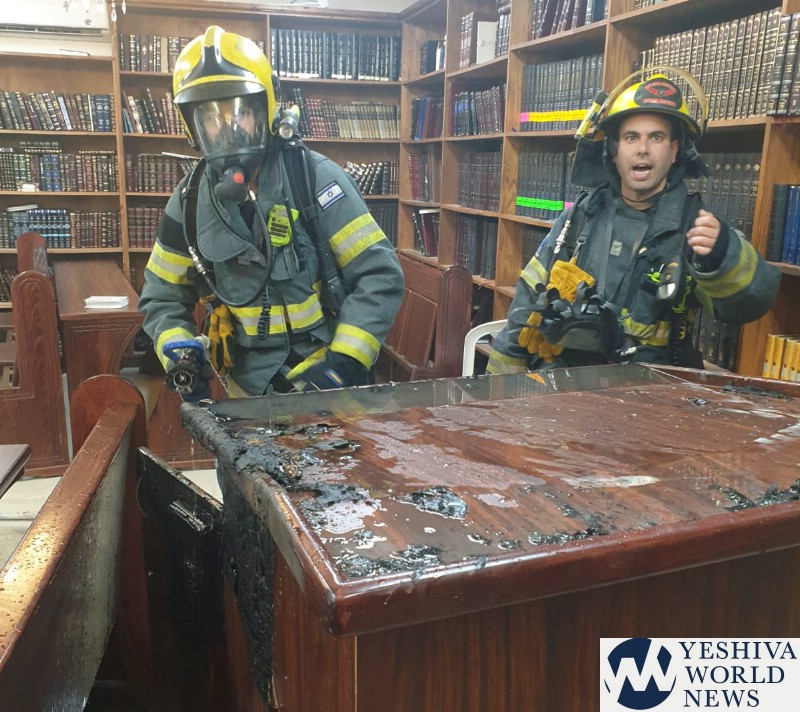