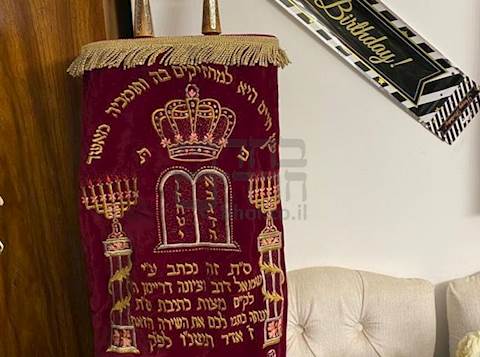 A Sefer Torah that went missing after the Pearl Hotel in Yerushalayim closed was found and returned to its owners.

The Draiman Family who owned the Sefer Torah worked tirelessly to find the Torah that had been missing for years. Rabbi Yehuda Draiman said shortly after the Torah went missing: “One year before we finished building the Hotel, my father decided that he wanted to write a Sefer Torah for the Shul in the hotel. The Shul had an additional two Sifrei Torah that belonged to different people who at some point took their Torahs back when the hotel closed. However, when we came to take ours it had gone missing.”

Rabbi Draiman added that the family had gone to court in order to ascertain how they could find the missing Torah. “I feel that someone took it and donated it to a different Shul in some other place. We tried tirelessly to find the Sefer Torah but could not even find a single clue.”

There were advertisements placed that gave identifying marks for the Sefer. Sometime later, a friend of the family finally gave the Draiman family their first clue as to the Torah’s whereabouts. After receiving the clue, the family looked in numerous Shuls and finally found the Sefer Torah without having to give out a cash reward for its discovery.

“We are very excited. This is the closure that we were looking for.”