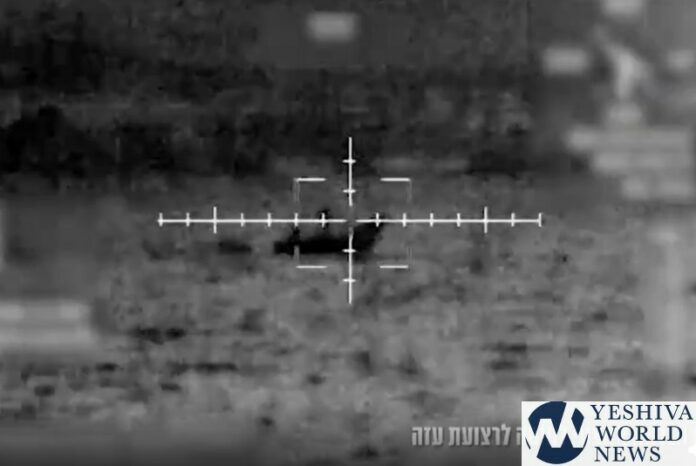 It was released for publication on Tuesday by the IDF that IDF naval forces and the Shin Bet thwarted an attempt to smuggle weapons into the Gaza Strip by sea from the northern Sinai area in an operation that took place three months ago.

This is the moment the Israeli Navy thwarted an attempt to smuggle weapons to the Hamas terror group in Gaza.

In an operation 3 months ago, our Navy pursued & captured this vessel off the coast of northern Sinai, seized the weapons & arrested the terror operatives aboard. pic.twitter.com/tayv8sMWGU

“The Naval Control Unit located the vessel suspected of smuggling and directed the combat soldiers of the Navy’s Squadron 916 and the Snapir Unit,” the IDF statement continued. “A chase ensued and the vessel was stopped and the two terror operatives aboard were arrested and transferred to the investigative team.

The investigation revealed that the weapons were intended for the naval commandos of the Hamas terror organization.”

“These operations help prevent the continued arming of Hamas in the Gaza Strip and directly hinder the capabilities of the Hamas naval commandos. The IDF Navy works to monitor terror activities and smuggling, catching them in their early stages to prevent the fortification of terror operatives in the Strip via the sea.”