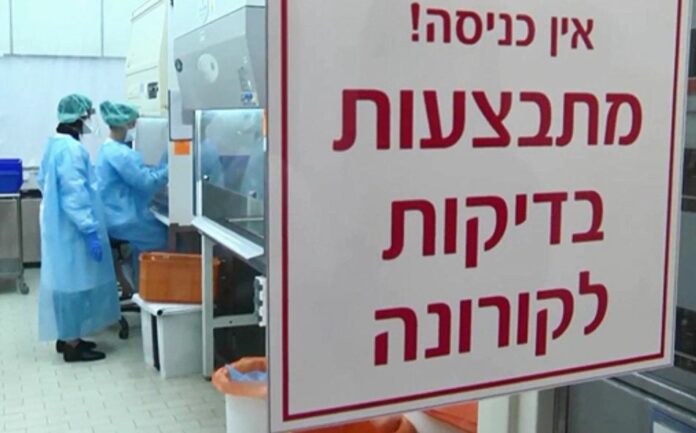 The Israeli Mossad brought 100,000 coronavirus testing kits into Israel overnight Wednesday from abroad and are planning on bringing in another 4 million test kits in the near future, a Channel 12 News report said.

The Mossad, which was recruited to locate and procure test kits, purchased the 100,000 kits from two unnamed countries. According to a Jerusalem Post report, the Mossad was asked to become involved due to the fact that some countries willing to sell test kits may lack diplomatic relations with Israel or have other reasons to keep their sale of test kits under wraps.

However, Health Minister Deputy Director Itamar Grotto said that the test kits that the Mossad brought are missing the components the Health Ministry is lacking, a Ynet report said.

“Unfortunately what has arrived is not exactly what we are missing,” Grotto said. “There are various components in the kit and [what we got] is not what we’re missing, which is swabs.”

“This is a unique occurrence in which Israel’s intelligence and other security agencies are working together and mobilizing to aid efforts to prevent the spread of the virus,” Channel 12 News said.

The Defense Ministry announced on Wednesday night that it is spearheading efforts to procure protective gear for medical teams from abroad following reports of shortages.

Also, the Israeli government announced this week that it is offering NIS 50 million ($13 million) in grants to Israeli startups developing technological solutions to fight the coronavirus pandemic.

The initiative was announced on Tuesday by the Israeli Innovation Authority, Health Ministry and the Headquarters for the National Digital Israel Initiative.

“The grants are available immediately for the high-tech industry – every company with a solution, whether it is in the proof of concept stage or a complete product that can be immediately implemented at our health services,” said Economy and Industry Minister Eli Cohen (Likud).

The deadline for proposals is March 26.