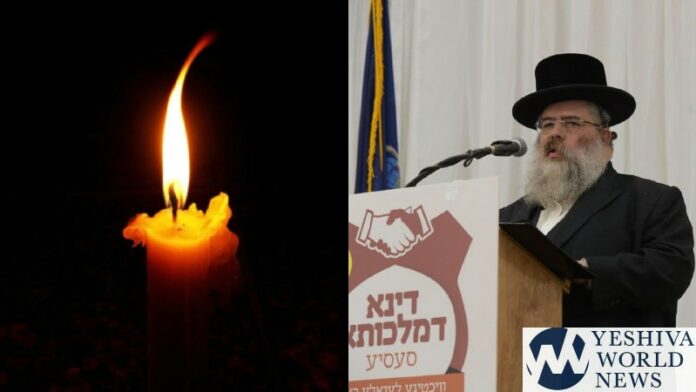 YWN regrets to inform you of the Petira of R’ Yosef Tzvi Klein Z”L of Boro Park. He was 50.

The Niftar was one of the pillars of the Bobov-45 community, and served as a Meshamesh to the Bobover Rebbe ZATZAL (Reb Shloma) many years ago.

A well-known accountant in Boro Park, the Niftar leaves behind a wife and children.