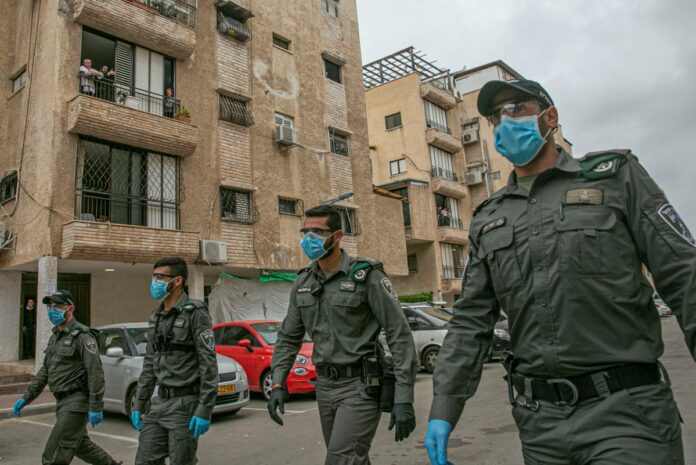 As residents of Bnei Brak prepare for Pesach amidst a severe outbreak of the coronavirus and the subsequent lockdown of the city, YWN spoke with M., a member of a Bnei Brak family that has been split up into three locations due to the coronavirus.

M., a 22-year-old chassan is in the Ner Etzion “coronavirus hotel” in the Carmel mountains, his parents are in the Sheba Hospital in Ramat Gan, and his siblings are self-quarantining at home in Bnei Brak while they await the results of their coronavirus tests.

M. is a bochur at the Toras Ze’ev Yeshivah in Jerusalem and just got engaged to be married two and a half weeks ago. Soon after M. celebrated his engagement, he got a call from a friend he had recently spent time with that he had tested positive for the coronavirus, forcing M. to self-quarantine. Around the same time, his father also had to self-quarantine because someone in his kollel tested positive for the virus.

Shortly later, M. and his father, who self-quarantined in separate rooms, both began feeling symptoms. M. had a sore throat and a headache and his father was feeling shortness of breath. They called MDA to be tested.

Two days later, MDA medics arrived and tested M., his father and mother. A day and a half later they received the results and all three were positive. Since M.’s father was having shortness of breath, he was taken to the Tel Hashomer hospital along with his wife. M. was told he had to be transferred to a coronavirus hotel since the current policy is that all Bnei Brak coronavirus patients with light symptoms must be quarantined in coronavirus hotels.

M. informed his kallah and she and her family all entered self-quarantine.

M. added that his father is in light condition but was hospitalized due to his breathing difficulties. (His name for tefillah is Aryeh ben Shlomit.)

M. was transferred to the Ner Etzion “coronavirus hotel” in the Carmel, which was established specifically for Chareidi patients. M. said that he has one roommate, a Bnei Brak resident in his 60s, and in fact, most of the people at the hotel are Bnei Brak residents. He had no complaints about the food, saying that the food is good. The meals are left at the end of the hallway on wrapped trays and the residents eat in their rooms.

There are no shared meals to minimize the necessity of staff to clean up after the residents, which would increase their exposure to the virus. The residents also clean their rooms by themselves for the same reason. On Shabbos, M. said that he and a few other bochurim had their Shabbos meals together in a bedroom.

Since all the residents of the hotel are positive for the coronavirus, they are the only Israeli citizens allowed to daven in a minyan and of course, they are taking advantage of that fact. M. added that the IDF officer in charge of the hotel, Eitan, has been solicitous to the residents and has helped out by obtaining various things they asked for such as magazines for Shabbos and other items that are making their stay at the hotel more comfortable.

As far as the medical care at the hotel, M. said that it is non-existent – the hotel does not provide any medical treatment, only a place to self-quarantine. In the case of any medical emergency, an ambulance would be called.

The most difficult part of M.’s ordeal is the fact that he will probably be stuck there for Pesach, although he is already feeling better. In order to be released, a patient needs to be tested for the coronavirus and receive a negative result – not once but twice.

The Kupat Cholim of each patient is responsible for testing the patients but since there is a shortage of tests, hundreds of the people at the hotel, including M. haven’t even been tested once. The only Kupah that has shown up to test patients is Meuchedet. M. belongs to Clalit and many other residents belong to Maccabi. M. added that anyone who leaves the hotel before receiving two negative results could be fined NIS 5,000.

Meanwhile, M.’s two siblings, a 21-year-old brother and a 12-year-old sister are self-quarantining at home in Bnei Brak. They were also subsequently tested for the coronavirus by the MDA but they haven’t received their results yet.

As things stand now, it looks like M.’s family will be celebrating the Pesach seder in three different locations, all in less than ideal circumstances but b’ezras Hashem, the whole family, along with all the residents of Bnei Brak, will recover and reunite in happier times.