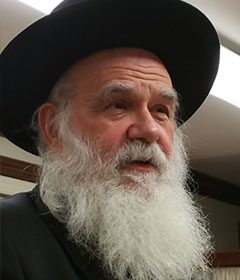 While it is clear that opening up the shuls, at least on a limited basis, has become legal – it is not so clear whether one should actually choose this option – rather than opting for an outdoor minyan.  People are heartened by the fact that now, the daily death rate has hit a low of 84, rather than the 800ish figures of the past.  But not everyone is being so quick to embrace indoor minyanim.

Rabbi Naftali Jaeger, the Rosh Yeshiva of Shor Yoshiv, recently penned a letter to his mispallelim that no one should be davening indoors in a minyan.  Others, however, are permitting some minyanim within their shuls and are limiting them and having mispallelim pre-register so as not to overbook the minyan.

The science behind the spread of this pandemic is still in its infancy, but there are “spreading” factors that the scientists are watching.  It seems that no one is really studying how COVID-19 spread in the Torah-observant community, but it seems that we did experience clusters of cases, rather than it being evenly spread out.  There is one community where a doctor reported that 70% of the COVID-19 patients are frum men.

R stands for the reproduction number and means how many new infections, on average, there are for every person that has the disease.  The R for COVID-19 is 3, but that was before there was any social distancing.  The second number “k” is called the dispersion factor or how much a disease clusters.

It is quite possible that some people spread the illness more than others.  It is also feasible that the spreaders could be wetter talkers than dryer talkers.  There is  a fascinating study about wet talkers that can be found at https://www.nature.com/articles/s41598-019-38808-z).   The study also suggests that singing loudly causes disease to spread more than regular talking.

The Chinese study, however, could have been a fluke.  There is another study, however that was done in Japan that had more balanced numbers.  That study shows that the risk of getting infected indoors is only nineteen times higher than getting it from outdoors.  The Japanese study can be read at https://www.medrxiv.org/content/10.1101/2020.02.28.20029272v2.full.pdf

SHOULD WE BE WATCHING STATISTICS FROM ELSEWHERE?

Another question that we should be asking our gedolim is whether or not we should be looking at, lehavdil, statistics culled from elsewhere.  According to the New York Times, Germany has plunged ahead after bringing its outbreak under control, reopening houses of worship and allowing worshippers to gather indoors. This resulted in a new clusters of cases emerging as 40 churchgoers tested positive after a May 10 service at a Baptist church, the German health authorities said on Friday.

Six parishioners were hospitalized, according to Wladimir Pritzkau, a parish leader. “We followed all the rules,” Mr. Pritzkau told the DPA news agency, adding that the church did not know how many people attended the service two weeks ago.

The state of Hesse, where the infections occurred, has been allowing church services under special guidelines, including asking worshipers to keep five feet apart and requiring churches to have disinfectant readily available. Now, the church has since moved its weekend services back online.

Each person should consult with his Rav or Posaik as to how to proceed.  It is this author’s opinion that we should hold our minyanim only outdoors, and observe social distancing while doing so.   For Krias HaTorah, either the baal koreh should receive all of the aliyos, or each baal Aliyah should lein himself – with no one else around.  There should also be a two-minute waiting period between each Aliyah if the latter option is exercised. May Hashem have mercy on us all and help us open the shuls safely.