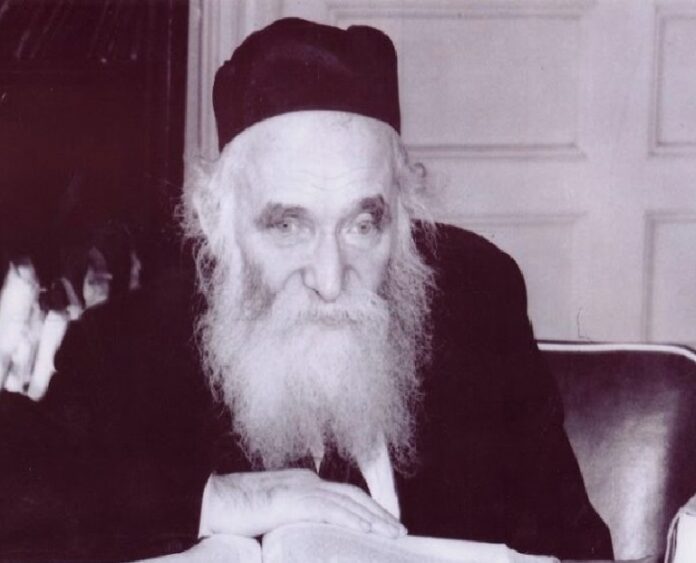 Never before in the history of mankind has the term “social distancing” been employed so many times, in so many circumstances, by so many people.  We do, however, come across the term “spiritual distancing” presented in the Mitzvos of our very Torah itself.  Indeed, we see it twice, and Rav Aharon Kotler adds a third one.  Read further, to find out what Rav Aharon has to say. YH

“He shall abstain from new wine and aged wine; he shall not drink even vinegar made from new wine or aged wine, nor shall he drink anything in which grapes have been steeped, and he shall eat neither fresh grapes nor dried ones (BaMidbar 6:3).”

TWO PLACES IN THE TORAH

We find that there are two places in which the Torah warned man to stay away from sinning and made the distancing a sin in and of itself.  One place is in regard to a Nazir as is explained in this pasuk.  And so said Chazal:

Nothing that is made of the grape vine (6:4)– the Torah made a fence around her words – that he not eat or drink of anything that comes from that is made of the vine of wine – so that he not come to drink.  The proverb saying goes, “Go, go..” we tell the Nazir, by a roundabout way  travel – just to a vineyard do not approach.  “He shall abstain from wine and strong drink” – even if he just said I am a Nazir from [just] wine – he is a full-fledged Nazir.”  (Bamidbar Rabbah 10:8)

We see that the Torah warned the Nazir on the matter of distancing –  for the Torah forbade grape seed and grape skin.  However, the requirement to guard with this distancing is as forbidden as the wine itself – because he receives lashes also for merely consuming grape skin and grape seed.

REGARDING A KOHEN GADOL

I further found in another place that the Torah warned regarding the issue of distancing  – and that is in the debate regarding the warning of a Kohen Gadol in Parshas Emor (Vayikra 21:12), “He shall not leave the Mikdash..”  If a family member of the Kohen Gadol passes away, there is a debate in Sanhedrin 19a between Rabbi Meir and Rabbi Yehudah.

The reasoning of Rabbi Meir is because the pasuk says, “And from the Mikdash he may not leave – from his kedusha he doesn’t leave Rashi explains: he makes chizuk to his words not to cause to go out of his kedusha and become impure] and since he has a heker – a sign [in that he stays far away from the deceased], he will not come to touch. Rabbi Yehudah holds that on account of his bitterness, he may indeed come to touch – see the Gemorah there.

WARNINGS TO THOSE WITH A UNIQUE KEDUSHA

Now in both of these places, the warnings are to those who have a unique and special Kedusha – like the Kohen Gadol and the Nazir.  It is also a holiness that they had accepted upon themselves.  The Nazir accepted the Nezirus by his own choice, and the Kohen Gadol agreed to be appointed.  And in this, one requires extra vigilance and guarding and to distance oneself greatly.

Now, see further the Rambam Hilchos Shmita and Yovel 13:13 where he writes, “Not only the tribe of Levi, but any one of the inhabitants of the world whose spirit generously motivates him and he understands with his own wisdom to set himself aside and stand before Hashem to serve Him and minister to Him and to know Hashem, proceeding as Hashem made him, removing from his neck the yoke of the many reckonings which people seek, he is sanctified as holy of holies.”

And according to what has just been explained – that is certainly the case here [for Bnei Torah learning Torah] – that we require this extra vigilance.

AN ALTERNATIVE EXPLANATION AS TO WHY THESE TWO

We can also provide another explanation why it is especially in these two matters that the Torah singles out the notion of “distancing.”  For in these matters, the world is not careful about them at all.  It is, therefore, much easier to stumble in them.  According to this reason – how much more so does this apply in our broken times [to Bnei Torah], where the generation is fully shattered, Hashem help us.

FULLY ENSCONSED IN THE TENT OF TORAH

The fundamental principle is to be fully ensconced in the tent of Torah with the ideal of “shivti bevais Hashem kol yemei chayai – One thing I ask of Hashem, that I seek – Seat me in the house of Hashem all the days of my life.. (Tehillim 27:4)” – Great vigilance must be taken to distance ourselves from any group of minim or prutzim, may Hashem save us.

For even if one just thought to be involved with such groups – for any reason that it may be, he has heaven forbid placed himself  among all the destructive forces in the world, and will be judged by the end of it – for he has deliberately placed himself there and he showed no concern for his spiritual well-being.

If you or a friend would like to receive a copy of these divrei Torah, or if you would like to help sponsor this project, please send an email to [email protected] with the words “Rav Aharon” in the subject line.