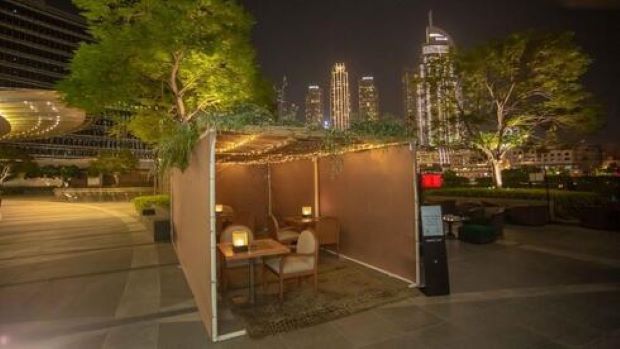 The first-ever public sukkah in the United Arab Emirates was erected in the heart of Dubai before Sukkos by the local Jewish community in coordination with municipal and security officials, Kan News reported.

The sukkah was built in front of the Burj Khalifa, the world’s tallest building, and unveiled by local Rav, Rabbi Levi Duchman. The Burj Khalifa is the site of the UAE’s first kosher restaurant.

In addition, a special shipment of 150 sets of esrogim, lulavim, hadasos and aravos were delivered to Dubai from the United States and distributed to local Jews before Sukkos.