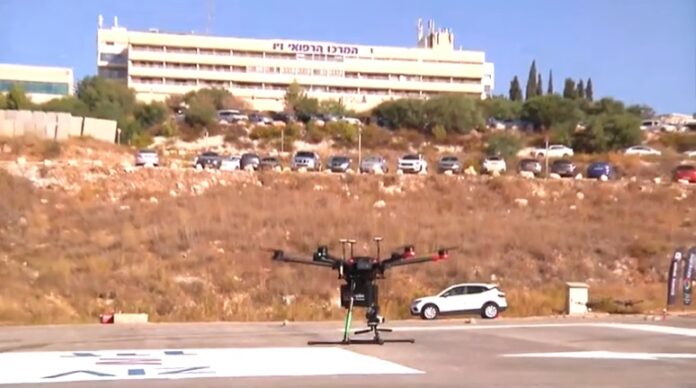 Ziv Medical Center in Tzfat became the first hospital in Israel to deliver medications, medical tests, blood, and equipment by drone, the hospital said in a statement last week.

The drones will initially make deliveries within a three to six-mile range zone, which includes Ziv’s satellite hospital in the city center.

Following the pilot test of about several months, the drones’ delivery routes will be expanded to an area of over 124 miles from the hospital – to the upper Galil and other hospitals throughout Israel.

Drone deliveries can be carried out in half the time than traditional road deliveries.

The drones are being operated by Simplex C2 of Herzliya in the pilot scheme in cooperation with Ziv Medical Center. “This technology is unique because of the fact that we install a mission computer in a regular drone, an off-the-shelf drone, practically converting it into a smart robot that is able to fly with other drones in the same airspace,” said Shay Levy, CEO of Simplex C2.