Facebook recently banned an Israel anti-vaccination group with 14,000 members named, “No to the Green Passport,” following a request by Israel’s Health Ministry.

The group’s leaders encouraged members to schedule appointments at vaccination centers and then not show up or cancel them at the last minute, forcing the centers to throw out unused vaccine doses, Channel 12 News reported.

Israel Police are considering opening a criminal investigation against the leaders of the group, which espouses conspiracy theories on coronavirus vaccines.

“We are investigating the criminal and legal implications of the matter,” a senior police official told Channel 12. “This is a serious and dangerous phenomenon and the matter is under investigation.”

Meanwhile, according to a Ynet report on Monday, Israel’s anti-vaxxers have been significantly increasing their efforts in the past several days, both on the street and online.

A group of anti-vaxxers who call themselves “Independent Journalism 2020” published images online of Dr. Sharon Alroy-Preis, the head of the Health Ministry’s Public Health division, condemning her as a “coronavirus spreader” due to her role as “a person or a group working to publicize and convince the masses of the existence of a deadly plague while physically harming human lives.” 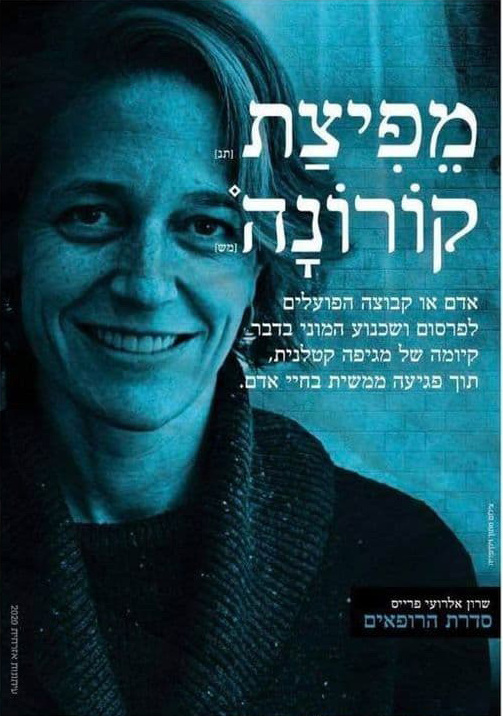 The women who circulated the post told a Ynet reporter: “You are collaborating with history’s greatest conspiracy. You [journalists] are all a part of a massive sham. A witch hunt. I will not cooperate.”

“I am speechless,” said a Health Ministry official. “The level of discourse among deniers has reached a point we have not yet encountered.”

A Maccabi health fund vaccination center in Tiveria was found defaced on Sunday morning with the words “Vaccines kill” spray-painted on its outer wall. 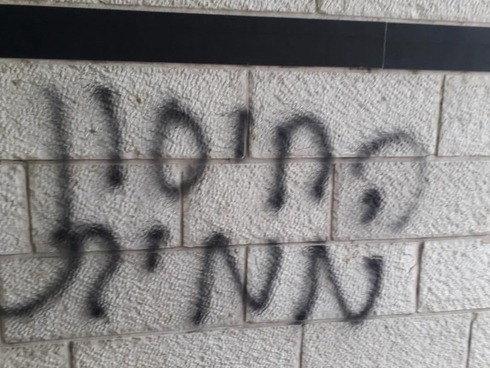 Last month, two clinics in Rechovot were also spray-painted with the words “vaccines kill” and “we’re not sheep.” 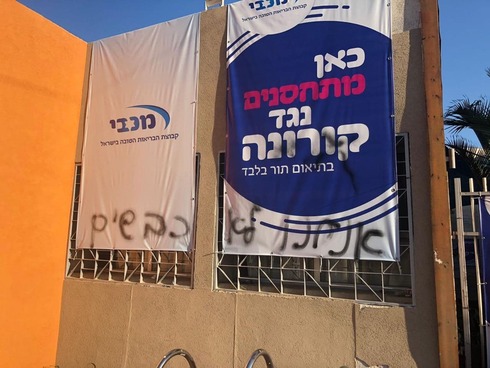