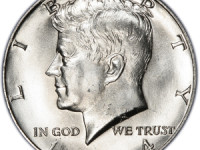 Well, actually, it is not really Machtzis HaShekel, it should rather be referred to as, “Zecher Machtzis HaShekel.” The reason is that there is a concern that if someone says that it is real Machtzis HaShekel it could be considered as a donation to the Bais HaMikdash which would be problematic, as it would sanctify the funds and forbid its use. Indeed, the responsa of the Geonim (#40) states that when the coins are given one should say the words, “Zecher l’Machtzis haShekel.”

The Ramah (OC 694:11) mentions the custom of Zecher L’Machtzis HaShekel. The custom is on the day before Purim to give three coins to Tzedakah in order to commemorate the giving of the half shekel that was given during the times of the Bais HaMikdash in the month of Adar. The half shekel was donated to the treasury of the Bais HaMikdash once each year. The original half shekel weighed 9.6 grams (some say 8.5 grams). At the current rate as of February 16, 2021, the price of silver is $.87 per gram. The value thus would have been $8.35 per person.

In the times of the Bais HaMikdash, only one coin was given. Now we give three coins. We do so because the word “Trumah” appears three times in the Torah section where the original obligation is discussed (Shmos 30:11-16).

THE DENOMINATION OF THE COUNTRY

The minhag is to give 3 half coins of the denomination of that country. Here in America we would give three half dollars. In England it would be three half pound coins, and in Europe it would be three fifty cent Euro coins. Ideally, one should try to avoid giving a whole coin and a fifty cent coin. In other words, ideally, no Susan B. and Kennedy half dollar together.

It should be noted that the custom of the Vilna Gaon, as cited in the Maaseh Rav (233), was to only give one half coin and not three.

The Kaf HaChaim (694:2) writes that the ideal method is to use a coin with the word, “half” on it. The American half-dollar has this. The half Euro in Europe does not nor does the 50 shilling coin in England.

The Minchas Elazar (Vol. I #30), however, disagrees with this position and states that there is no requirement of the word “half” to be printed on it.

The Piskei Teshuvah (page 574) writes, citing the Sefer Midos v’Shiurei Torah (35:1), that ideally we should have the same amount of silver as the original coins that were used in the times of the Beis HaMikdash. To fulfill this, let’s get a bit of a background.

The original Kennedy Half Dollar was created as a memorial to the President John F. Kennedy who was assassinated by Lee Harvey Oswald on November 22, 1963 in Dallas, Texas. It is still being minted to this day with some differences.

The original 1964 version was minted in 90% silver. The next version minted between 1965-1969 were only 40% silver. The 1970 set can only be found in silver proof sets that were never released into actual circulation. The coins from 1971 and up are not silver at all.

Of course, don’t go crazy over this, but, in this author’s opinion, if someone wants to really do it in the absolute best best way, go with the 1964 half dollars. Rav Shmuel Fuerst, however, remarked to this author that since this is a minhag b’alma, there is no inyan to try to obtain any silver portion.

An older Posek remarked to the author that in 1976, there was also a 40 percent version created. When I pressed him he responded that he uses a silver coin himself but does not tell others to do so because of Hefsed Merubah – a large loss. He explained that he is from the older generation that viewed even fifteen dollars as a Hefsed Merubah.

If one uses the silver coins, a note should be left in the shul that the shul is happy to have people use the coins even though their value by far exceeds the $1.50 face value.

WHY THEY DO IT IN THE BEST WAY

The reason many people try to perform this Mitzvah in the best way possible is because in regard to the original Shkalim the words, “lechaper al nafshosaihem – to atone for their souls” are used in the Pasuk.

Indeed, The Kaf HaChaim (694:27) uses this thought to explain why it is now the custom to do it for women and girls as well.

The prevalent custom is to scotch tape together 3 half dollar coins and leave them in the Pushkah so that each person can purchase those coins and fulfill the minhag.

Like Matanos L’Evyonim, Maaser funds should not be used to fulfill this Minhag.

Some Poskim are of the opinion that the Minhag is only for men from age 20 and upward. Others hold that anyone above bar mitzvah are obligated. Many have the custom for the father to give on behalf of all his sons below twenty (See MB 694:5) . If one’s wife is expecting, one gives as well – in case it is a boy (MB). Once one has started giving on behalf of a son below the age of twenty or on behalf of a child – then the custom should be maintained until the grown son begins giving the zecher Machtzis Hashekel on his own. Hataras Nedarim is only effective if the father had erroneously thought that it was an obligation. Otherwise, hataras Nedarim does not work.

WHO TO GIVE IT TO

Ideally it should be given after Mincha on Taanis Esther (Luach of Rav Tokachinsky). Some have the custom to give it before Mincha. When Purim falls on Sunday, the coins are given on the previous Thursday (Kaf HaChaim 25). If he forgot to give the Zecher l’Machtzis HaShekel he should do so on Purim morning before the reading of the Megillah. If he forgot again he may give it the entire month of Adar since that was the original time to give it.

The Mogain Avrohom writes that Machtzis HaShekel should be given on the morning of Purim in order to connect the Mitzvah to the reading of the Megillah. Anshei Maaseh fulfill the custom at both times.