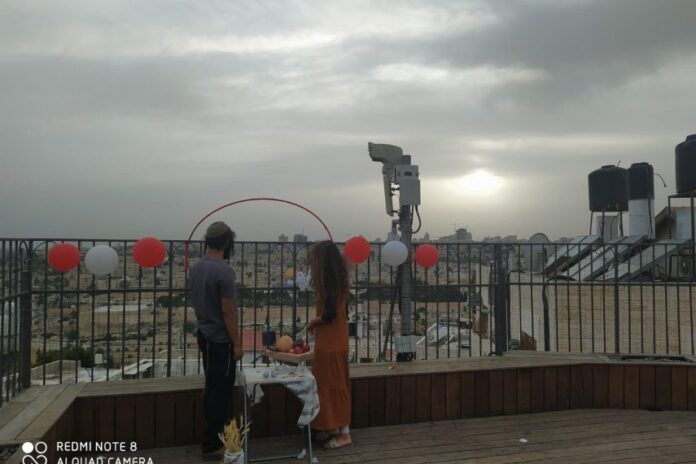 Minutes after a chassan proposed to his kallah in Jerusalem, they were attacked by an Arab mob and the chassan was stabbed in the back.

The horrifying incident, which occurred on Sunday evening, began when Aviyah, 21, a resident of the Shomron, drove with his kallah to Beis HaChoshen, which overlooks Har Habayis, where he proposed.

After calling their family members, they began driving to Beis Orot, but on their way, their car was blocked and a large group of Arabs began throwing rocks and concrete slabs at them, shattering the windows of the car.

Aviya got out of the car to drive the Arabs off while his kallah, Shachar, called the police. At first, they were scared of him but when they realized he was alone, they threw him on the floor, beat him up, threw stones on him, and stabbed him.

Meanwhile, Shachar escaped from the car and hid while continuing to call the police. When Aviya managed to get back into his car after five minutes of torture, he saw that Shachar was missing and was sure that the Arabs took her. He sped to the Beit Orot intersection and told the police there that his kallah is being lynched. The police drove to the area, where they found Shachar hiding behind a car.

Aviyah was evacuated to Shaarei Tzedek Hospital, where in addition to the stab wounds in his back, which pierced his lung, he also required stitches for a head wound. He is still hospitalized four days later with no date set for his release.