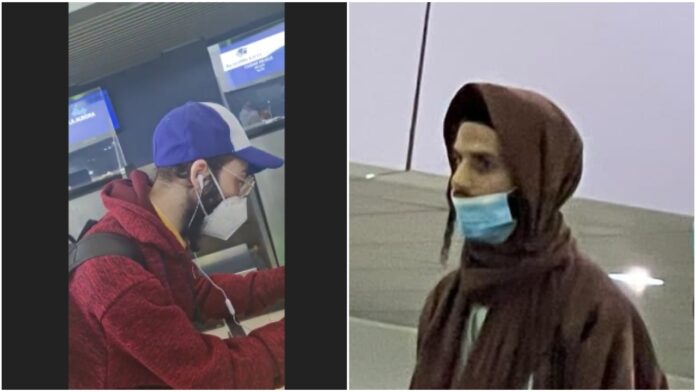 As YWN has reported, the members of the Lev Tahor cult have been attempting to leave Guatemala in recent days in an attempt to travel to the Kurdistan area and then enter Iran.

Fortunately, due to the intervention of concerned relatives in Israel, Israel’s Foreign Ministry has become involved and has requested that Guatemalan authorities prevent the families from leaving the country. US and Canadian authorities are also involved in the effort.

In a video obtained by B’Chadrei Chareidim, a Lev Tahor family is seen waiting in line for a flight, with the father “disguised” in an attempt to hide his identity. He is wearing standard clothing and sneakers, his payos are tucked into a baseball cap, and he is busily scrolling on his smartphone.

His wife and children are wearing “frum clothing” but aren’t wearing the capes or shawls associated with the cult.

One of the askanaim involved in the issue told B’Chadrei that the families are purposedly trying to disguise their appearance in an attempt to evade the Guatemalan authorities.

When asked how a member of Lev Tahor, where meat is forbidden due to their distrust of  shechita, is using a smartphone, the askan responded: “They allow it for themselves in emergency situations.”