The story of Eliya Haliwa, who was exposed as a Lebanese non-Jew after marrying a Syrian Jewish girl from Brooklyn last October, took a dramatic twist earlier this month when it was revealed that he is actually Jewish.

After undoing giyur l’chumrah, Haliwa embarked on a trip to Israel, arriving before Pesach. He says that he intends to settle in Israel permanently, although he still needs to travel back to New York to tie up some loose ends. At this point, he also does not yet have Israeli citizenship.

Haliwa is still hoping that his wife will reconcile with him and join him in Israel. 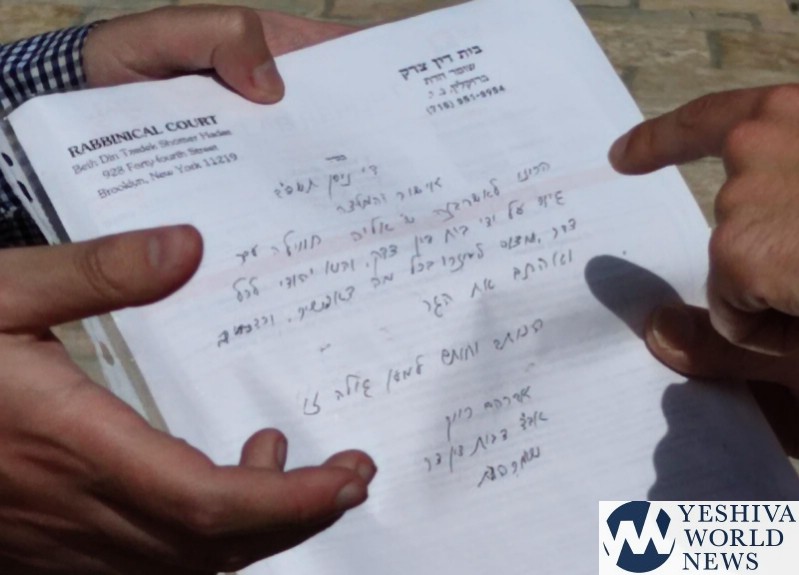 Haliwa is being assisted by Chizky Sivak, the deputy chairman of the Emek Chefer (Hefer Valley) Regional Council in central Israel, who found Haliwa a place to stay in Netanya. After Sivak saw a Kan interview with Haliwa that was aired in Israel in November, he decided to take Haliwa on as a “personal project.”

In another Kan broadcast on Haliwa’s move to Israel, Sivak explained why he felt compelled to assist Haliwa: “You revealed an astounding story about a man whose heart belongs to the Jewish people and state of Israel. I told myself that it can’t be that a person like this should feel so alone in the world.”

There are still many people who are skeptical of Haliwa’s story. Kan reported that a message was spread in several Whatsapp groups in Jerusalem warning people of allowing the “Lebanese Muslim imposter” to participate in their Seder. And in fact, the police apparently showed up at the Seder in Jerusalem he was being hosted at.

“Many people still don’t trust you,” the Kan reporter said to Haliwa.

In response, Haliwa said: “If I made the initial mistake of lying, this is the natural human response for anybody is to doubt. So I’m not going to go blame them but at the end of the day, I’m going to ask them to give me the benefit of the doubt.”

Below is a video of Haliwa speaking to a B’Chadrei Chareidim reporter at the Kosel: