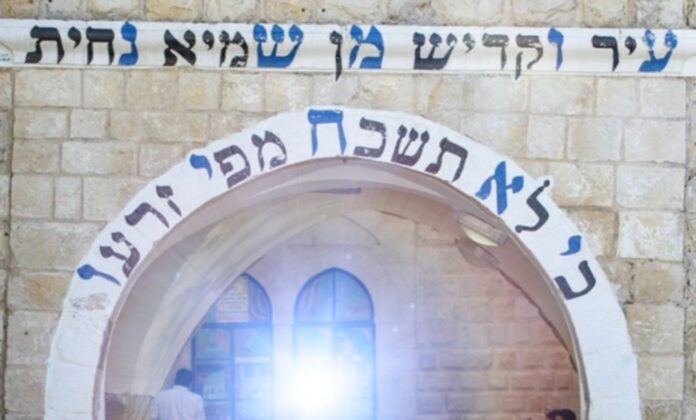 Meron project manager Tzviki Tessler on Tuesday presented the outline for this year’s Lag B’Omer at Meron, an event that will be celebrated in the shadow of last year’s searing tragedy.

Lag B’Omer falls out this year on Wednesday night, May 18, and Thursday, May 19.

Entry to Meron will only be permitted by purchasing travel tickets in advance which will also serve as an entry permit to the site. Those who drive to Meron in private cars will also be required to buy a ticket for the final stretch between the parking lot and the site.

Arrival at the Meron site itself will be limited to buses and designated shuttles, which will allow the police to know at any given moment how many people are at the site. Additionally, even those who purchase tickets will be allowed at the site for only a limited period of time, in accordance with the specific ticket purchased.

There will be only one hadlakah over Lag B’Omer, which will be lit by the Boyaner Rebbe due to his long-standing mesorah. As a basis of comparison, there were about 20 hadlakos at Meron last year.

At the end of Lag B’Omer, on Thursday evening, a memorial ceremony and siyum Mishnayos is scheduled to take place l’illui nishmas the 45 Meron kedoshim, for family members only. The ceremony, which has been coordinated with the relatives, will not be of a political nature and will be held in accordance with the customs of the Chareidi kahal.

“There were those who called not to hold an event this year,” Tessler said on Tuesday. “But we thought otherwise. There’s a large public for whom it’s important. At the same time, we won’t be able to satisfy everyone’s wishes.”

A special hotline has been established to receive more detailed information, including the purchase of tickets. The number is 03-509-8000.

Below is a video map of the Meron site with various areas marked, including entrance and exit routes, both by vehicle and foot, the hadlaka site, the entrance for Kohanim, the men’s and women’s sections, and parking lots. 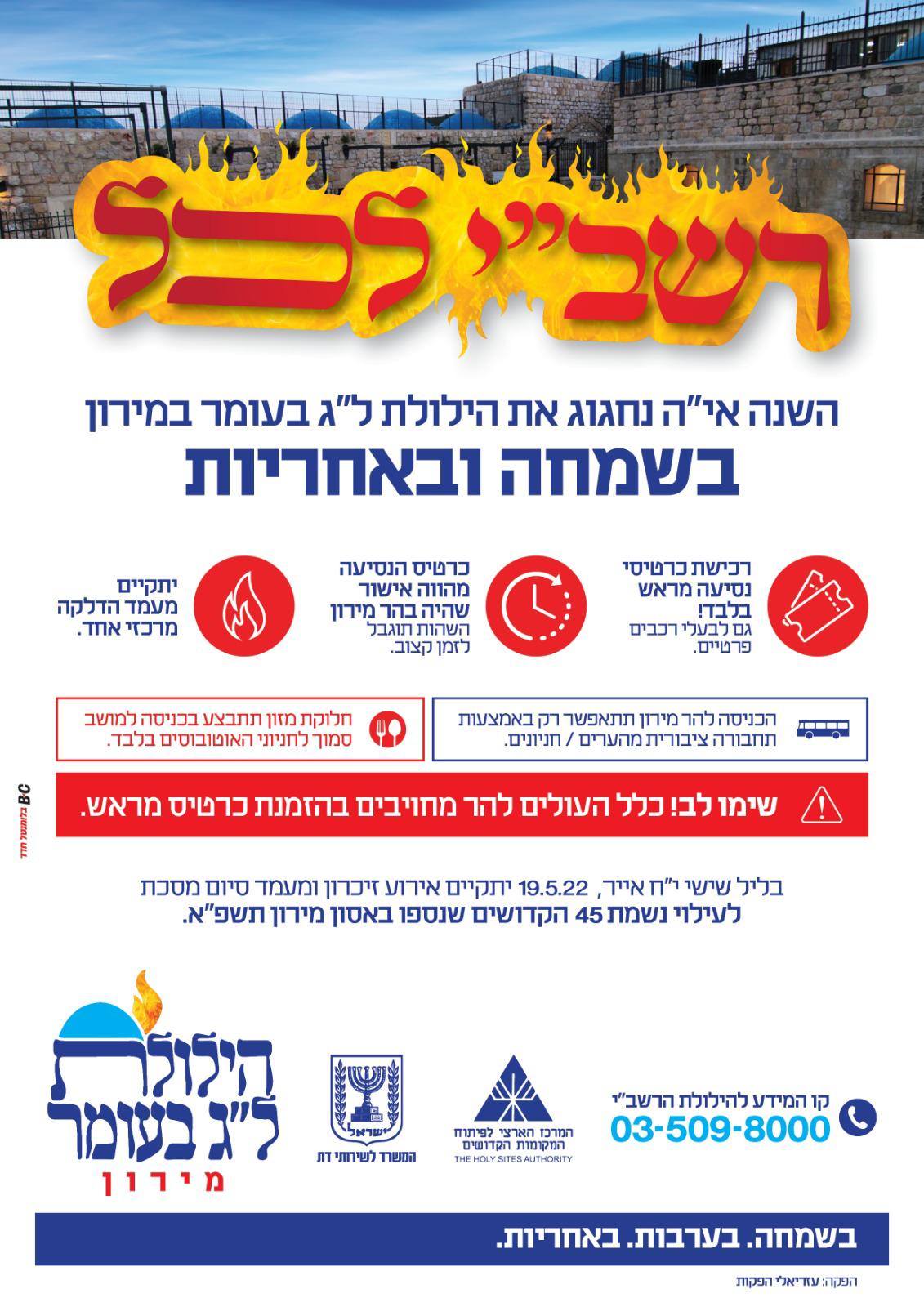