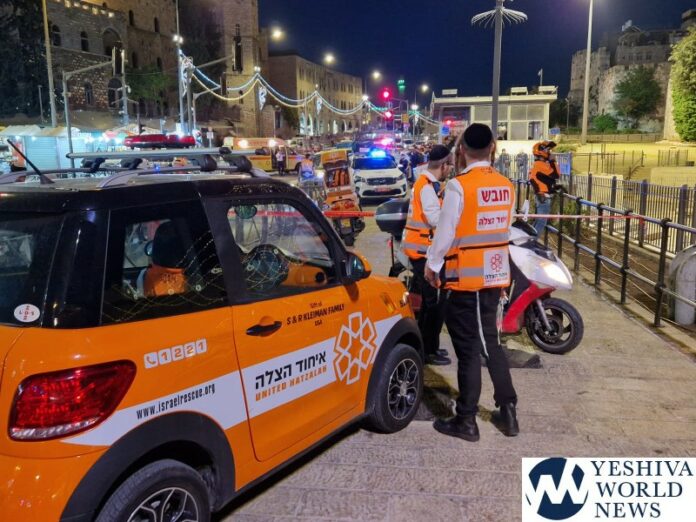 A Border Police officer was stabbed near Sha’ar Shechem on Sunday evening.

Other officers nearby shot at the terrorist and neutralized him.

Paramedics were called to the scene and administered emergency medical aid to the 19-year-old victim, who was fully conscious, and evacuated him to Hadassah Har HaTzofim Hospital in moderate condition.

MDA paramedic Simcha Goldman said: “The wounded victim was lying on the steps while fully conscious and suffering from a stab wound to his upper body. We administered life-saving medical care that included stopping the bleeding and bandages. We rushed him into a mobile intensive care unit and evacuated him to the hospital in moderate and stable condition.”