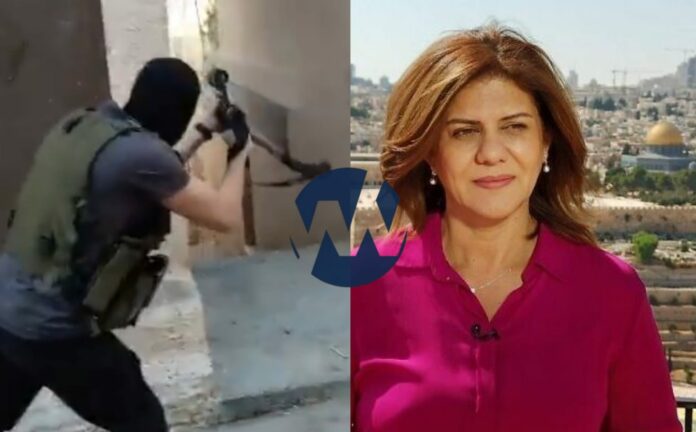 It was later discovered that in the course of the gun battle, Al-Jazeera reporter Shireen Abu Akleh was shot and killed and another Palestinian journalist was wounded.

In a video of the terrorists during the gun battle, one could be heard saying: “We hit a soldier, he’s lying on the ground.” However, fortunately, no IDF soldiers were hit and the only shooting victim was the reporter.

Prior to the announcement of the reporter’s death, Islamic Jihad terrorists issued a statement saying that they used live fire and IEDs against IDF soldiers.

Despite all evidence pointing to the fact that the reporter was killed by armed Palestinian terrorists, international condemnation of Israel began immediately, with the Palestinian Authority and Al Jazeera claiming, without any proof, that the journalist was hit by Israeli fire. A UN spokesperson demanded an international investigation of the incident. Arab MKs in the Israeli Knesset condemned, including Meretz MK Mossi Raz, who claimed the reporter was murdered by “occupation forces.”

Foreign Minister Yair Lapid responded to the incident by offering the Palestinian Authority to carry out a joint forensic investigation of the death, which it promptly refused. Additionally, Abu Akleh’s body was quickly transferred out of Jenin shortly after her death, preventing an autopsy from taking place.

“We have offered the Palestinians a joint pathological investigation into the sad death of journalist Shireen Abu Aqla,” Lapid wrote. “Journalists must be protected in conflict zones and we all have a responsibility to get to the truth.”

Another social media user wrote: “Just to understand our situation: The death of one reporter in Jenin seems to cause the Israeli government more discomfort than the death of 19 Israelis murdered in the past month.”

Chareidi reporter Yossi Elituv wrote: “All in all, it makes sense: Palestinian terrorists murdered a Palestinian journalist, and since this morning all the Israel haters in the Knesset and Lapid have been recruited by the anti-Israel propaganda service to place the blame on IDF soldiers and create a new blood libel against Israel.”

It should be noted that even if the reporter was accidentally killed by Israeli fire, the IDF is not to blame if a reporter implants herself amid murderous terrorists and interferes with IDF counterterrorism activity.

According to US Ambassador to Israel Tom Nides, Abu Akleh was a US citizen.

On Wednesday afternoon, Defense Minister Benny Gantz said that an initial investigation of the incident showed that no IDF fire was directed at Abu Akleh, and he will share the findings with the US and the PA.