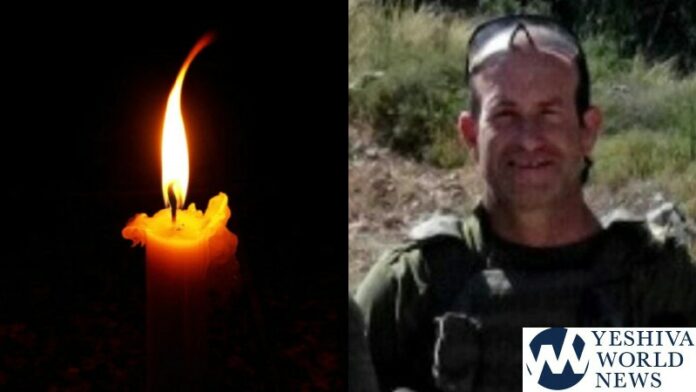 An Israeli police commando who was shot and seriously wounded during gun battles between Israeli troops and Palestinian terrorists in Jenin Friday morning has passed away.

Sgt. Maj. Noam Raz, 47, was a veteran of Israel Police’s elite Yamam unit. He leaves behind a wife and six children.

After being shot, Raz was evacuated by helicopter to Rambam Medical Center in Haifa, where doctors fought valiantly to save his life. The shooting occurred during an operation that included raids on the homes of terror suspects.

“We are shocked and dismayed at the death of one of our volunteers who dedicated his life to saving the lives of others,” said President and Founder of United Hatzalah Eli Beer.

“It pains us to no end. We will sorely miss him. We will all try to learn fr his selfless dedication to helping others and continue the work that he loved so dearly. Noam taught hundreds of other first responders increasing their knowledge and skill. We lost a true hero today who has saved the lives of many. Thousands of volunteers who make up the United Hatzalah family are morning his loss and sharing in the pain of the family. May they know no more pain or suffering.”

Noam lived in the town of Kida in the Binyamin region. He left behind him a wife and six children.

May his memory serve as a blessing.