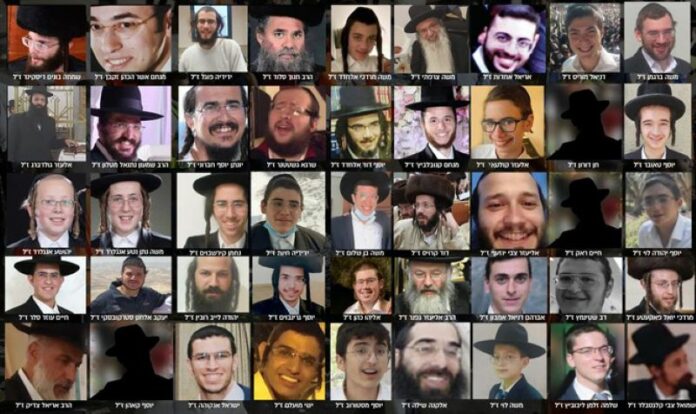 Two days before the yahrtzeit of their relatives, nine families who lost relatives in the Meron disaster filed a civil lawsuit against a number of public and private entities.

The lawsuit for tens of millions of shekels was filed on Monday in the Haifa District Court.

In addition, the lawsuit was filed against the Meron Moshav, The Committee of Five for the Management of Rashbi, the Va’ad Hahekdashus Hekdesh HaEidah HaAshkenazis in Meron, the Hekdesh of the Eidah HaSephardis in Tzefas and Meron, and the engineer Amar Khalaila and his company BCS Engineering and Safety, who approved the safety of Gesher Dov, the ramp on which the disaster occurred.

The lawsuit accuses the defendants of deliberately ignoring safety risks to the public.

The families are demanding tens of millions of shekels in compensation for pain and suffering of the dead, punitive damages, and bereavement compensation.

In addition, a number of families are suing for additional compensation for damages, including members of Shraga Gestetner’s family, who are demanding NIS 4.5 million in compensation for his lost income as a singer.