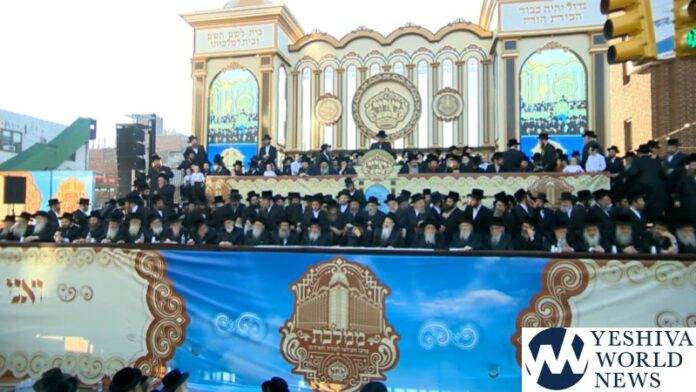 Excitement gripped the streets of Boro Park on Wednesday afternoon, as throngs of chasidim gathered for the hanachas even hapinah of a massive new Bobov-45 shul on 14th Avenue and 49th Street – one that will be one of the largest such structures in the country.

In addition to serving as a shul and bais medrash, the building will also serve as the headquarters of Bobov-45, with the various operations pertaining to the tzibbur going on in its offices.

Multiple streets were closed off to accommodate the thousands of chasidim participating in the simcha, with event organizers sending gift platters to affected residents in the area, thanking them for their understanding.