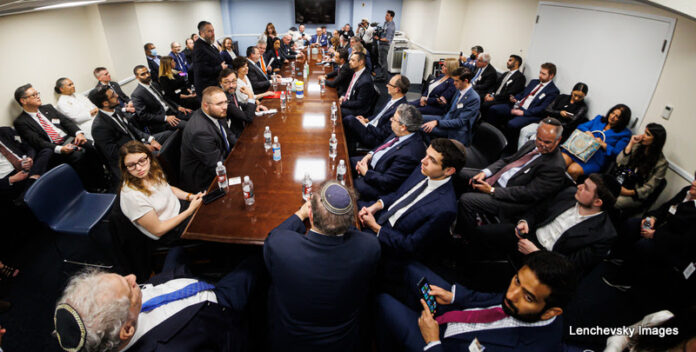 Washington D.C. June 12, 2Washington D.C. June 12, 2022: A group of representatives from Middle Eastern nations, as well as the United States, met in the House of Representatives for a monumental roundtable discussion on the proposed JCPOA’s (Joint Comprehensive Plan of Action) repercussions on the Abraham Accords. The roundtable was hosted and moderated by Robert (Bobby) Rechnitz, a prominent leader who was instrumental in the passage of the Iron Dome Legislation. Through his Bomel initiative, Rechnitz decided to take a preemptive strike and do all that can be done to influence every community, democratic and republican, about the importance of demanding transparency in this agreement in order to be fair and loyal to the members of the Abraham accords. Rechnitz traveled to Israel and the United Arab Emirates to conduct high level meetings regarding the JCPOA prior to this roundtable and flew back to the United Arab Emirates following it.

The roundtable voiced concerns and apprehensions to the newly proposed JCPOA bill as a threat to the security of the Abraham Accords; this peace agreement, passed in 2020, encourages diplomatic relations between Israel and Arab states in the Middle East. By overseeing this bi-partisan agreement, the U.S. has agreed to support actors who agree to the Abraham Accords and to ensure continuous progress of peace by signing on more nation-states. The Abraham Accords’ member states currently include Israel, Bahrain, Morocco, the United Arab Emirates, and Sudan.

Representatives, members of Congress, and Ambassadors from Bahrain, Morocco, Slovakia, Argentina, and the U.S. come from diverse backgrounds, ethnicities, and religions, yet share similar ambitions for peace. “Peace is universal, peace is non-partisan”, says Rechnitz. These diverse voices also share concerns with the imminent Iran Deal and its impacts on U.S.-Middle Eastern relations.

The Abraham Accords aim to encourage diplomatic relations, rather than violence, between Israel and Arab nation-states, trailblazing for a peaceful Middle East; representatives from member states including Bahrain and Morocco were present last week at the conference to vocalize their appreciation for the peace agreement and the progress they’ve witnessed occurring over the past few years. Under the previous administration, the United States demonstrated its support of Israel, and the signed-on member states, in achieving peace. Nations have found solace in the agreement, whose values and accomplishments could be unraveled by the JCPOA.

“This dialogue is not about Israel, rather it centralizes on upholding the commitment to support the Abraham Accords member states and to discourage any policy which could abandon the nations who rely on this agreement—such as Bahrain, Morocco, the UAE, and Sudan,” Rechnitz comments. Representatives of these nation-states elaborated on the ways in which they have found peace and democratic hope in this agreement. “The outcome [of the Abraham Accords] is absolutely vital for the security and well-being of Europe as well… I’m fully convinced the [Abraham] Accords can unleash huge potential for cooperation [in the Middle East]” Slovak Ambassador Radovan Javorčík says in his opening remarks. “These accords are showing the essence of dialogue,” or the foundation for communication and diplomacy amongst differing nations.

By passing the JCPOA as it currently stands, the United States would be backing two sides of a conflict, incentivizing Iran’s lack of nuclear weapons, rather than encouraging two peaceful sides using agreements such as the Abraham Accords. “My government ceased diplomatic relations with Iran because of its malign activities in Morocco… we would love to see peace happening but [Iran] has to change their attitude, they have to abandon the malign activities and the threat to peace, not only in the Middle East, but also in North Africa.” Ayoub Houchem of the Moroccan Embassy states. The threat of the JCPOA is that the U.S. would reward Iran for a lack of weaponry, rather than encouraging the prospect of peaceful interactions and diplomacy. It is a flawed, contradictory approach to creating enduring peace.

By turning its back on these allies, the U.S. discourages new member states from signing onto the Abraham Accords moving forward. “It’s a great cooperation so far, we’re very proud of it… [but] the adherence to these accords is just the beginning of the peace process, you count on other countries to join,” replies Hatin el Fethouni of Moroccan Embassy when asked how he views the threat of passing the JCPOA.

“We need to encourage the legislators… to demand transparency, and really understand and analyze what this deal is about,” Rechnitz states. All members present at this conference urge legislators to demonstrate transparency and allow for national input on the implementation of the JCPOA. It is essential to not lose sight of the peace and progress built through the Abraham Accords in pursuit of suppressing Iran. Radovan Javorčík, Slovakia’s Ambassador to Israel, makes a noteworthy point mentioning that “The Abraham Accords are about peace. The JCPOA is about…the nuclear weapon [policy]. If there is any agreement with Iran, it has to be about peace and the future, not about [nuclear weapons].” The U.S. must support actors who sign onto peace agreements rather than through compromise and suppression. A lack of commitment to these peace agreements could harm the actors relying on them and the peace they actively create.

The United States must demonstrate its integrity and support in standing by its Middle Eastern allies. “They have to back up their friendships and they have to back up their alliances… by turning their back and making a deal with Iran, the historic Abraham Accords have a very distinct possibility of unraveling… We have an agreement between democratic alliances, not every country is democratic, and that is something that should be encouraged, because it’s a model for peacemaking,” Rechnitz concludes in his final remarks. 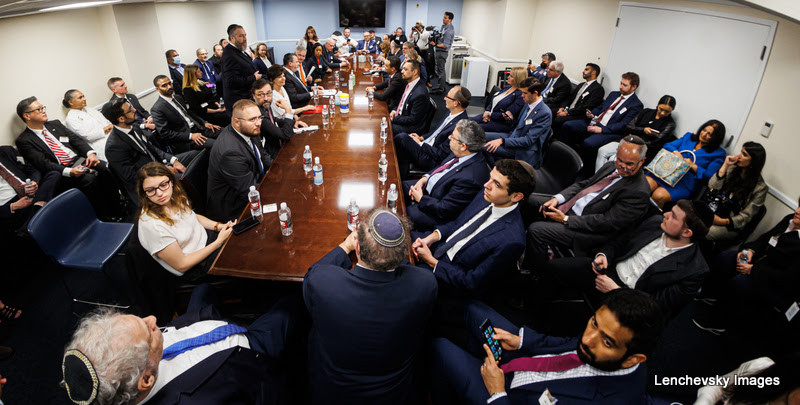 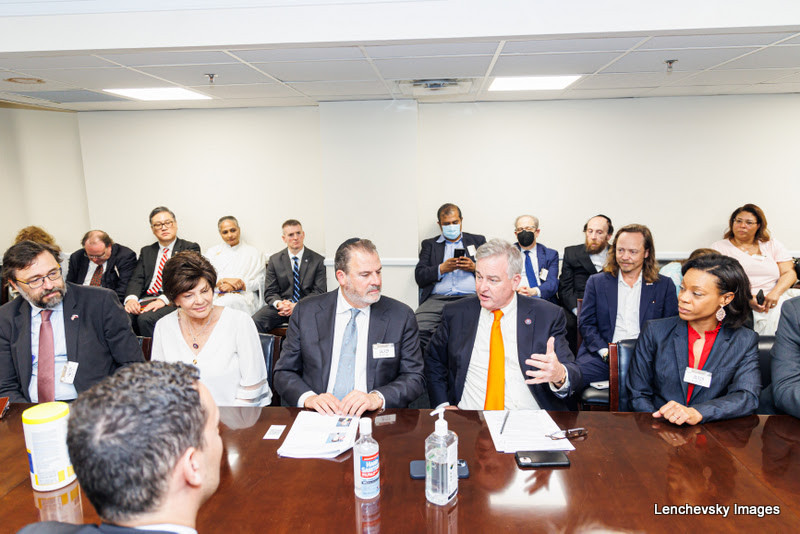 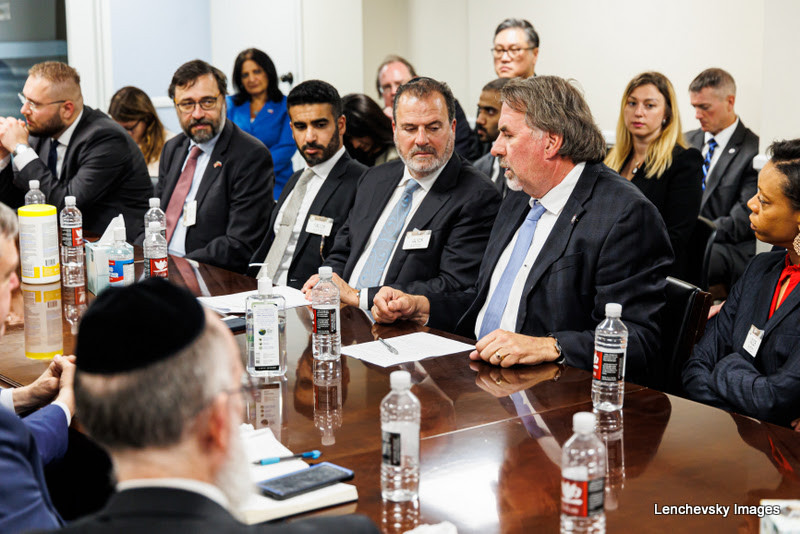