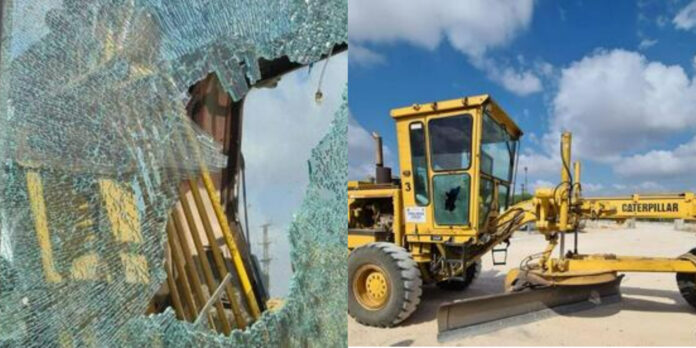 Terrorists opened fire on Tuesday morning at a team of Israeli engineers from the Defense Ministry carrying out maintenance work along the security fence in the Jenin area in the Shomron.

B’chasdei Hashem, no one was injured in the incident despite the fact that about 40 bullet casings were found at the scene afterward. The tractor sustained heavy damage.

IDF forces closed the nearby Jalamah checkpoint and launched a manhunt for the suspects. The gunfire came from the direction of a home in the nearby village of Jalamah.

An hour after the attack, the terrorist squad published a video of the incident online.

“The second shooting attack in the past 24 hours,” Religious Zionist Party candidate Tzvi Sukkot said. “There’s almost no day that passes without at least one shooting attack. They no longer are afraid of uploading videos of the shooting. Every day that passes without anyone being murdered is a neis. There’s no serious response from the defense establishment on this. Benny Gantz has abandoned Yehudah and Shomron.”