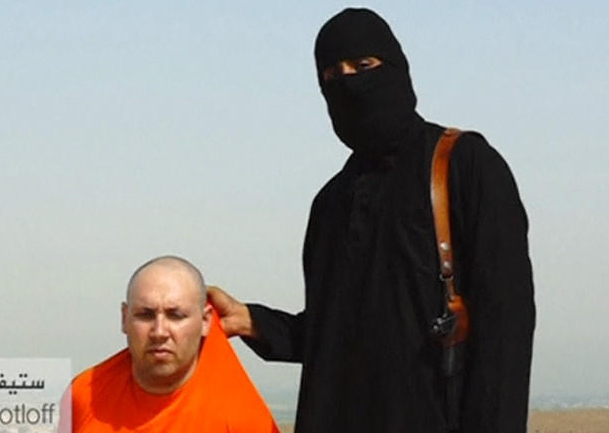 An Internet video purports to show the beheading of U.S. journalist Steven Sotloff by the Islamic State group.

Sotloff, who freelanced for Time and Foreign Policy magazines, had last been seen in Syrian in August 2013 until he appeared in a video released online last month by the Islamic State group that showed the beheading of fellow American journalist James Foley.

Dressed in an orange jumpsuit against the backdrop of an arid Syrian landscape, Sotloff was threatened in that video with death unless the U.S. stopped airstrikes on the group in Iraq.

In the video distributed Tuesday and entitled “A Second Message to America,” Sotloff appears in a similar jumpsuit before he is beheaded by an Islamic State fighter.