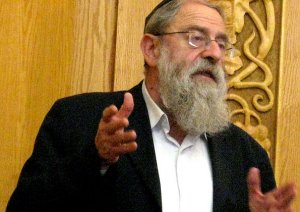 With elections for new Chief Rabbis of Yerushalayim about a month away, the behind the scenes deal making is in full swing. Earlier this week YWN-ISRAEL reported that former MK Rabbi Chaim Amsellem registered as a candidate in the race to become the next Sephardi Chief Rabbi. Rabbi Amsellem feels that in addition to his suitability for the post, he is uniquely qualified due to his proven ability to work with al camps.

Jerusalem Mayor Nir Barkat and the dati leumi community is backing Rabbi Aryeh Stern for the post of Ashkenazi Chief Rabbi. His success is all but guaranteed. If Rav Stern is unsuccessful, in addition to his personal defeat it will signal a major defeat for Naftali Bennett and his Bayit Yehudi party.

The situation is unclear regarding the candidacy of Rishon L’Tzion Rabbi Shlomo Amar Shlita, who is backed by former Shas leader Eli Yishai and it appears that now, in a surprise move, is also backed by Shas leader Aryeh Deri.