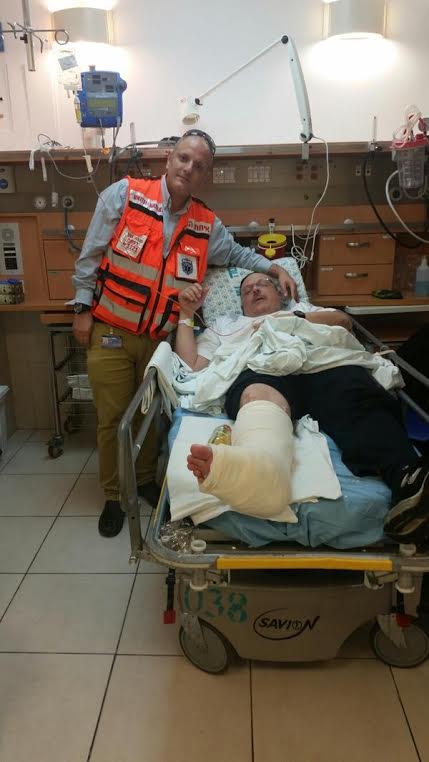 Ichud (United) Hatzalah Yanki Erlich of Har Nof was among the first on the scene of the Har Nof shul massacre. Erlich, a long-time Har Nof resident, is an active member of Hachovesh Har Nof as well.

Erlich entered the building even before the shooting was over, eager to help those in desperate need of medical attention. It was after the terrorists began to target him that he realized that he had to leave. As he was running for cover though he slipped, fell and broke his leg. Luckily for him the attackers were distracted by police fire and he could drag himself to safety.

Erlich is also seen in the organization’s promotional video